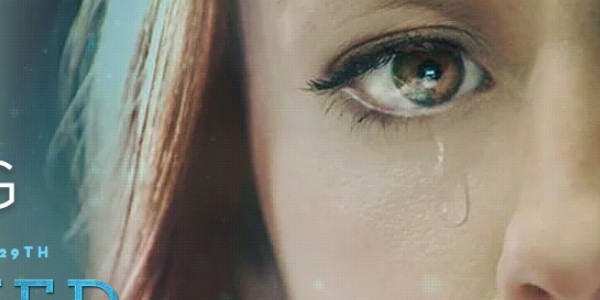 Hallmark has backtracked on its scrubbing of a speech by "Unplanned" actress Ashley Bratcher in its broadcast of the family friendly Movieguide Awards, announcing its Hallmark Drama channel will rebroadcast the event.

Bratcher was a nominee for her performance in the pro-life movie, which featured the story of a Planned Parenthood clinic director who quit after the traumatic experience of assisting in an abortion for the first time.

commentary at Washington Examiner writer Madeline Fry reported Bratcher revealed that all references to the film had been removed from Hallmark's broadcast of the Movieguide Awards, even though Unplanned was nominated for awards in three categories.

"This is completely UNACCEPTABLE," Bratcher tweeted on Sunday.

Fry, after contacting Hallmark on Monday, received a reply Wednesday afternoon from a spokeswoman who said the network was sorry and a new broadcast will air March 9 at 10 p.m.

"It will also be available on the TV Everywhere app," she said in an email. "All telecasts will include mentions of the film, 'Unplanned' and its lead actress, Ashley Bratcher. We at Crown Media extend our sincere apologies to Ms. Bratcher."

Fry wrote that since Hallmark "didn't try to explain away 'Unplanned's' glaring omission, it's pretty clear that the media company simply didn't want to wade into any controversy."

"But by censoring the pro-life movement, Hallmark did anyway. And it proved, unwittingly, that pro-life voices will not be silenced," she said.

'Up to each of us to decide'

Last July, the CEO of a large movie theater corporation in Canada doubled down on his decision to screen the controversial movie, declaring it's "up to each of us to decide whether or not we want to see it."

Ellis Jacob, CEO of Cineplex, said in an open letter it's important to remember that Canadian law allows just that.

"Canada is a country that believes in and rallies behind freedom of expression, but that isn't always an easy thing to do and it certainly doesn't always make you popular," he wrote. "In this instance many of us will have to set aside our own personal beliefs and remember that living in a country that censors content, opinions and points of view because they are different from our own is not a country that any of us would want to live in."

An open letter from Cineplex CEO Ellis Jacob, on our decision to screen Unplanned. pic.twitter.com/bkA7tx2NWt

Jacob was responding to what Twitter news aggregator Twitchy described as a "bunch of screeching, angry, emotionally driven, insecure people" who have been threatening movie theaters in Canada to scare them out of showing "Unplanned."

LifesiteNews reported the movie effectively was being banned in Canada because the two largest distributors, Landmark and Cineplex, had no plans to show it.

Chuck Konzelman, the film's writer, director and producer, told LifeSite News via email that at least one of the two largest Canadian film distributors said "content" rather than a lack of consumer demand is the reason for banning the film.

But Cineplex reversed course. And although the number of screens is small, only about 14, Jacob confirmed the film was being shown.

A tweet of Jacob's letter drew the wrath of abortion advocates who insisted evoking free-speech is invalid because there are not "two sides" to abortion:

When Johnson quit, she immediately went to see Shawn Carney, the president and CEO of 40 Days for Life. His organization stages prayer vigils outside abortion businesses around the world.

But a blogger for Twitchy said, "We're not really sure they 'fixed' anything … fixing it would also be an apology but we suppose this is a start.