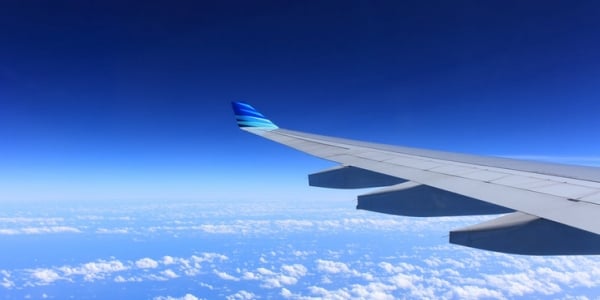 ICE Air Operations, the air transportation arm of Immigration and Customs Enforcement (ICE), has so far rescued 466 U.S. citizens stranded in the Northern Triangle region of Central America amid the coronavirus pandemic.

Following orders of final removal, ICE deported Salvadoran and Honduran nationals back to their home countries on Friday. On the return leg of these flights, the agency took aboard U.S. citizens who were stranded due to COVID-19 lockdowns, according to an ICE press release.

ICE on Friday flew home 130 U.S. citizens from Honduras via two different flights, and another 127 U.S. citizens from El Salvador — all of whom were able to occupy “Space Available” seats on the return leg of these repatriation flights.

These flights come after ICE flew back 209 U.S. citizens from El Salvador and Honduras earlier this month, bringing the total number of those rescued by the agency to 466. ICE says it will keep bringing Americans home, and left the door open to expanding the operation outside the Northern Triangle region.

“ICE will continue to work with the State Department to facilitate the safe return of U.S. citizens on future removal flight returns from Guatemala, Honduras and El Salvador throughout the duration of the COVID-19 pandemic,” the agency said in a press release statement on Saturday.

“These return operations could also potentially expand to other countries outside of the Northern Triangle,” the statement continued. This region includes the countries of Guatemala, El Salvador, and Honduras.

The facilitation of these returns comes as airline companies around the world have cancelled flights and governments are declaring nationwide lockdown orders.

The State Department has declared a level-four travel advisory — the highest level possible, and is urging all Americans abroad to return home. U.S. citizens who choose not to immediately return home, the administration warned, risked being stuck in a foreign country for an indefinite amount of time.

“In countries where commercial departure options remain available, U.S. citizens who live in the United States should arrange for immediate return to the United States, unless they are prepared to remain abroad for an indefinite period,” read a press statement from the State Department earlier this month.

State House votes to be 2nd Amendment sanctuary amid riots