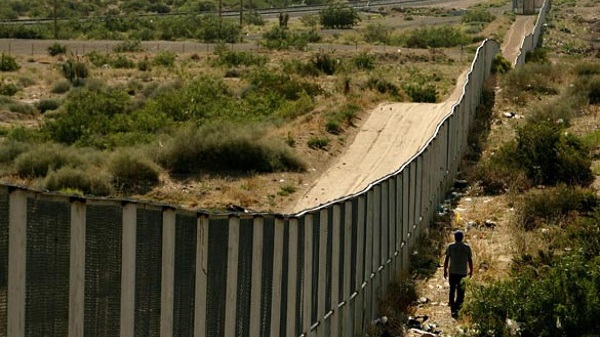 Since the Trump administration ordered a shutdown of the U.S.-Mexico border, government officials are reporting a roughly 50% drop in illegal alien apprehensions.

Under orders from the Centers for Disease Control, the Trump administration on Friday declared a lockdown of the southern and northern borders, permitting only the flow of “essential” travel. In that short time, border officials have revealed that they are seeing a huge drop in the flow of illegal aliens.

“Since [Customs and Border Protection] began implementing [the CDC] order, we’ve seen a major decline in traffic at our borders — 54% decrease at ports and 52% decline in USBP encounters — while trade remains level,” CBP acting commissioner Mark Morgan tweeted Sunday. “These reductions reflect a historic & aggressive containment strategy by [President Donald Trump] to protect the US.”

Morgan was not the only one to report a steep decline in the flow of traffic at the U.S.-Mexico border.

“Without that documentation, we see individuals coming into the country without proper identity documents, without travel documents, without medical history. So it’s very hard to make a public health determination on those individuals,” Chad Wolf, the acting secretary of the Department of Homeland Security, said Sunday during an appearance on Fox Business.

Wolf was speaking about DHS actions in the wake of the coronavirus epidemic. Allowing individuals to enter the U.S. with unknown medical histories risks exacerbating the spread of the disease, and so the CDC ordered a shutdown of all non-essential flow between the border.

“The CDC said we need to suspend that, so that’s what the Department has been doing over the last 24 hours — and I would say that it’s working,” Wolf added. “We’ve seen almost a 50% drop in illegal apprehensions, those illegal individuals coming across our borders.”

Under the border shutdown order, only certain travel is permitted — which can include travel for medical reasons, educational purposes, emergency response operations, lawful cross-border trade, and some other “essential” services. Anyone appearing at the southern border without proper documentation will be turned back.

However, there appears to be an exception to this rule regarding unlawful immigration.

The Mexican government announced that it would not accept anyone other than Mexicans and Central Americans. While these people make up a vast bulk of the illegal aliens apprehended by Border Patrol, there are still thousands of “extra-contintenal” migrants that make it to the border. These migrants can include Brazilians, Chinese, Africans and others.

CBP did not immediately respond to a request for comment from the Daily Caller News Foundation regarding what would be done with extra-continental migrants who fall under their custody.