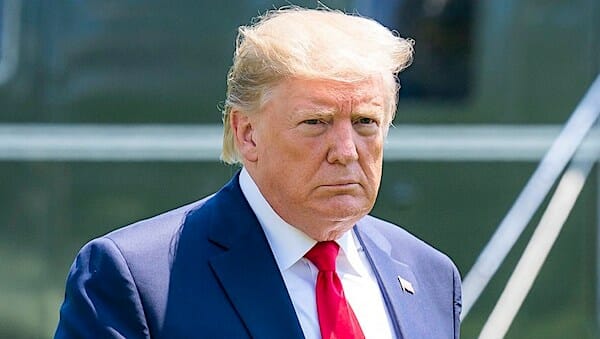 The Democrats' "Russia collusion" attack on Donald Trump, described by some as a coup attempt even before he was sworn in, "fell apart within the first couple weeks of Trump's presidency," according to a new report from investigative reporter John Solomon.

Solomon cites declassified memos showing the notorious Steele dossier -- the Hillary Clinton-funded opposition research document that made wild, unsubstantiated claims about Trump -- was debunked in January 2017. The claim that Lt. Gen. Mike Flynn was a Russian asset also was shown at that time to be false, the report said.

"Mueller was aware that in early 2017 there was no Russian collusion yet he pressed on and forced Trump’s associates to plead guilty to unrelated process crimes," the blog said. "According to declassified memos, the Steele dossier was debunked in January of 2017 and the idea that General Mike Flynn was a Russian asset was also ruled out at the same time. Yet the Deep State continued with damaging leaks to the media claiming Flynn was working on behalf of Russia."

A letter sent to Flynn in early 2017 questioned the credibility of Christopher Steele, the creator of the dossier. Flynn's lawyer Sidney Powell confirmed Mueller was aware of the letter.

"The British government 'hand-delivered' the letter to Flynn's legal team that 'totally disavowed any credibility of Christopher Steele, and would have completely destroyed the Russia collusion narrative,' Sidney Powell said.

After the collusion claim was debunked,Democrats alleged Trump engaged in a quid pro quo with Ukraine that turned into impeachment charges.

Solomon reported the "piecemeal release of FBI files in the Russia collusion investigation has masked an essential fact: James Comey's G-men had substantially debunked the theory that Donald Trump's campaign conspired with Moscow by the time the 45th president was settling into the Oval Office, according to declassified memos, court filings and interviews."

"And that means a nascent presidency and an entire nation were put through two more years of lacerating debate over an issue that was mostly resolved in January 2017 inside the bureau's own evidence files."

He explained the evidence shows that in January 2017, officials received many warnings about Steele's credibility, knew targets of the FBI counterintelligence investigation made exculpatory statements and found Flynn was "not engaged in collusion."

Mueller's team wrote, "According to an internal DOJ memo dated January 30, 2017, after the Jan. 24 interview, the FBI advised that based on the interview the FBI did not believe Flynn was acting as an agent of Russia," Solomon reported.

"For the American public, such a revelation is momentous," Solomon said.

"Less than two weeks into Trump's presidency the FBI had concluded his national security adviser had not been working as an agent of Russia. While that was the view of federal law enforcement, the false storyline of Flynn as a Russian stooge was broadcasted across the nation, with leaks of his conversations with a Russian ambassador and other tales, for many more months," Solomon wrote.

Other evidence showed federal officials knew of major doubts about Steele's credibility at that time, including that his primary sub-source "disavowed much of the Russia collusion evidence attributed to him in the dossier."

The FBI hid that fact from the courts, the report notes.

The Gateway Pundit said the newly declassified memos along with the rebuke from presiding FISA judge James Boasberg ruling two of the FISA warrants against Carter Page invalid "should be enough to prosecute everyone involved."