Forty days before a crucial election, and on the 400th anniversary of the sailing of the Mayflower, Americans will gather on the National Mall and at sites across the country for a day of repentance and prayer for the nation.

Rabbi Jonathan Cahn announced Monday he will be joined by many prominent Christian leaders on Sept. 26 for "The Day of Return — National and Global Day of Prayer and Repentance".

James Dobson, Pat Roberson, Ann Graham Lotz, Alveda King and Kevin Jessip are among the other leaders who believe the nation is at a "juncture" that can "permanently seal" its course "for bad or good, for calamity or redemption."

Cahn is the New York Times best-selling author of "The Harbinger," "The Paradigm," "The Book of Mysteries" and his newest book, "The Oracle." 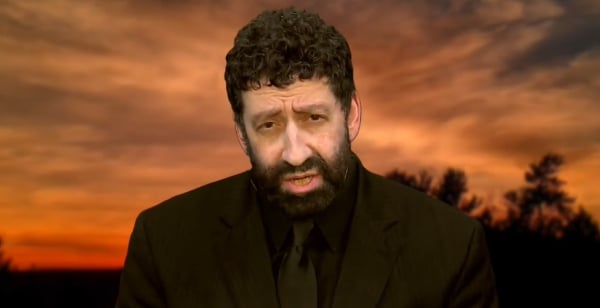 In a video timed for the announcement, he said America and much of Western civilization "was founded on a biblical foundation stone, but it has turned away from that foundation."

"We have not only driven God out of our public life, and have called what is good evil and what is sin, good, but we have sacrificed the lives of over 60 million unborn children," said Cahn, referring to abortion.

"And America's fall from God is not only progressing, it's accelerating, to the point that it is no longer just a falling away but a war against the purposes of God."

The Day of Return on Sept. 26 will take place during the 10 days that are known from ancient times as the Days of Awe. It begins with the Jewish Feast of Trumpets on Sept. 18 and ends with the Day of Atonement on Sept. 28.

The assembly on the National Mall on Sept. 26 will be accompanied by events in cities, towns, houses of worship and homes across the nation and around the world, Cahn said.

Learn more about "The Day of Return" on the event's new website.

Cahn noted that his book "The Harbinger" showed how the signs of judgment in the last days of ancient Israel are remarkably similar to signs of warning in America today.

"The biblical template concerning judgment is that the nation so warned is given a space of time — to return or to head for judgment and calamity," he said.

"We are now in that window of time, but if America continues on its present course, that window will come to an end and there will come a flood that will begin the end of religious freedom, even usher in persecution and seal America's fall," said Cahn. "And if America falls, it will affect the entire world."

Other leaders scheduled to participate in the Sept. 26 event include former Rep. Michele Bachmann; Gordon Robertson, the CEO of the Christian Broadcasting Network; Marcus Lamb, the CEO of the Daystar Television Network; and Harry Jackson, the presiding bishop of the International Communion of Evangelical Churches.

Cahn emphasized what is at stake in 2020, warning that while the outcome of the election is extremely important, it's no panacea.

"Even if the election goes in the direction of biblical values and righteousness, if America doesn't see a spiritual turning, an awakening, repentance and revival, then all political, legal, judicial and cultural efforts will ultimately fail or be undone," he said in the video.

Cahn believes America has been given the "window of time" for the purpose of "return and revival."

"Without that return, America will be lost," he said. "In the days following 9/11, people flocked to houses of worship, and it looked as if there could have been a spiritual revival and awakening. But it never came because there was no repentance. And without repentance, without a turning back, there can be no revival."

But Cahn has seen in his lifetime "the hand of God change the course of American and world history."

The return begins, he emphasized, "not in the halls of government but with the people of God who gathered in a sacred assembly in our nation’s capital with Scripture: 'If My people who are called by My name will humble themselves and pray and seek My face and turn from their sinful ways, I will hear from heaven, I will forgive their sin, and I will heal their land.'"

"It can happen again," he said. "But if we don’t respond now at this most critical moment, we may never have the chance to do so again."

Cahn said the movement for "The Return" begins now "as we commit this time and this year for return, prayer, repentance and revival — to commit first to our own repentance and to begin actually living in revival, and then to pray for others, the return and revival of our nation, and the world."