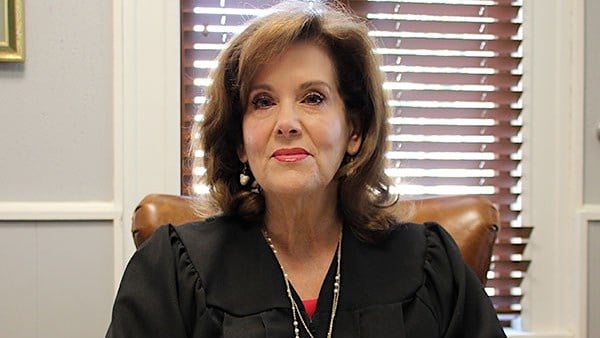 A Texas judge has sued members of the state Commission on Judicial Conduct for threatening discipline against judges who express opposition to same-sex marriage.

Courthouse News reported Brian Keith Umphress filed the case in U.S. District Court in Fort Worth after the commission issued a "public warning" to Dianne Hensley, a justice of the peace who recuses herself from officiating same-sex marriage ceremonies because of her Christian faith.

The commission ruled Hensley violated Canon 4A(1) of the Texas Code of Judicial Conduct, which states: "A judge shall conduct all of the judge's extra-judicial activities so that they do not cast reasonable doubt on the judge's capacity to act impartially as a judge ."

The complaint states the premise of the discipline was that "a judge who expresses disapproval of same-sex marriage or homosexual conduct … has cast 'reasonable doubt' on his capacity to act impartially."

It noted Umphress "is engaged in numerous extra-judicial activities that evince disapproval of homosexual behavior … and all of these … are exposing him to discipline."

A member of Christian Missions Church, he argues that while the Supreme Court "struck down" laws forbidding same-sex marriage, a Texas ban remains in the books.

"The Supreme Court has no power to formally amend to revoke a state statute," he contends.

Umphress said he intends to run for re-election and insists his beliefs won't change.

The complaint claims "injuries" traceable "to the commissioners' decision to discipline Judge Hensley."

Umphress explains he applies the Supreme Court's ruling legalizing same-sex marriage when it applies, and does so impartially.

Umphress said his activities are like those of Hensley, for which she was disciplined.

"The court should therefore enter a declaratory judgment that nothing in Obergefell or the U.S. Constitution requires state-licensed officiants – either clergy or judges – to perform same-sex marriage ceremonies, even if the officiant chooses to perform opposite-sex weddings," the complaint says.

Among the claims is that the commission's interpretation is unconstitutionally vague and the commissioners are violating the Free Exercise Clause by making threats against some judges "on account of their religious faith."

The filing explains the First Amendment "protects Judge Umphress's right not to officiate at same-sex marriage ceremonies, even if he chooses to officiate at opposite-sex weddings."