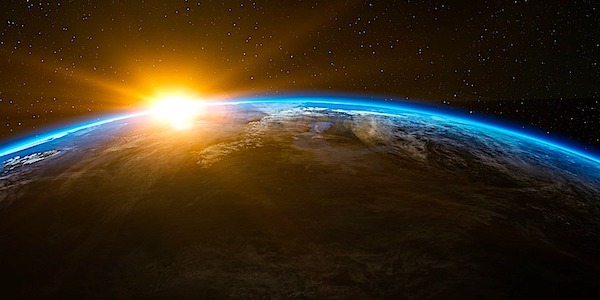 Major media outlets are alerting readers to immediate benefits for the planet as well as its future arising from the coronavirus pandemic.

A CNN.com report lauded the "unintended benefit" of blue skies as factories were shuttered and streets were cleared across China's Hubei province.

CNN reported the average number of "good quality air days" increased 21.5% in February, compared to the same period last year, according to China's Ministry of Ecology and Environment.

USA Today reported in a story headlined "Could the coronavirus actually be saving lives in some parts of the world because of reduced pollution?" that Stanford University's Marshall Burke believes the answer is yes.

He wrote on his blog in March that "the reductions in air pollution in China caused by this economic disruption likely saved 20 times more lives in China than have currently been lost due to infection with the virus in that country."

The climate-change skeptic site Watts Up With That noted a New York Times columnist found some lessons in what she saw as disturbing parallels in how the world has reacted to "climate change."

Somini Sengupta, an international climate correspondent for the Times, wrote that climate change offers lessons for fighting the coronavirus, citing the World Health Organization's claim of "alarming levels of inaction" in response to the pandemic.

"It is a familiar refrain to anyone who works on climate change, and it is why global efforts to slow down warming offer a cautionary tale for the effort to slow down the pandemic," she wrote.

The columnist said climate-change scientists have been urging world leaders "to bend the curve of planet-warming emissions," but "emissions have raced upward."

A Los Angeles Times op-ed, meanwhile, explored the positive side of the coronavirus killing off old climate skeptics.

The climate blog Watts Up With That observed that some "appear to want the hardship caused by Coronavirus economic shutdowns to become a template for how we live all the time."