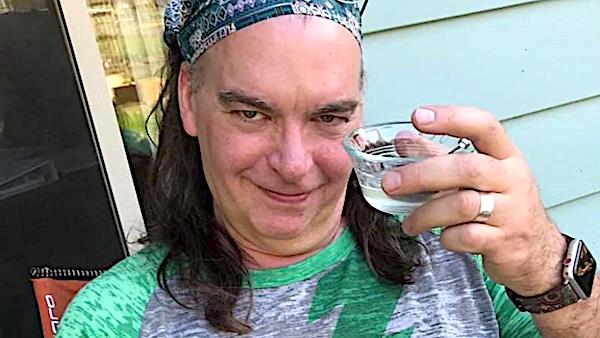 A teacher in the Madison, Wisconsin, Metropolitan School District who forced students to watch a video about his "change" from a man to a woman is campaigning to use restrooms with little girls.

WND reported science teacher Mark "Vince" Busenbark produced the video at home with his wife and showed it to every student at Allis Elementary School.

Now he has written an open letter in Our Lives Magazine, which promotes the LGBT community in Madison.

Busenbark said the district wants staff and students to use different bathrooms, segregating women from girls in bathrooms "by age."

He argued that theme parks, malls, restaurants, museums and other venues don't do that.

As an "adult woman," he insisted, he should be allowed to use restrooms with little girls.

"In January, I started using the same multi-stall bathroom as the women on my wing of my school. Yes students use that bathroom too," Busenbark wrote. "Women have used that bathroom for decades. No complaints. I used it. I am an open and out transgender woman. I fought decades with the trauma that our society laid on me. But I stood up and I came out, and yes, I used the bathroom because, seriously, can you just let us pee!"

Then, he said, a "transphobic parent complained to the district."

The district then proposed the policy of requiring faculty and students to use different facilities.

He claimed the district was motivated by fear and hate, insisting such restrictions are "based on lies and fears about transgender women."

All of the students were required to see Busenbark's "coming out" video. In it, he dressed as a woman and told students to call him "Vica Steel."

"And if you respectfully disagree with 'transgenderism,' as millions of Americans do, then you're probably motivated by 'fear' and 'hate,' Busenbark told students," according to Liberty Counsel.

Liberty Counsel wrote a letter to the district charging the teacher's activism "appears to violate several district policies, as well as the constitutional prohibition against schools enforcing any kind of 'orthodoxy.'"

Liberty Counsel said Busenbark "has no legal authority to force students to call him 'Mx.,' nor to manipulate them with the idea that they must obey him or be seen as 'disrespectful' or 'hateful' or 'not loving.'"

Among the possible issues are the district's wellness policy, which states instruction should be "age-appropriate, medically accurate, and non-stigmatizing," and its policies regarding controversial issues, the use of district resources and "political activities."

"These impressionable students do not exist to validate Busenbark's sexual identity. Parents send their children to school trusting that they will be taught academic curriculum, not become participants in a teacher's play acting," said Liberty Counsel's chairman, Mat Staver.