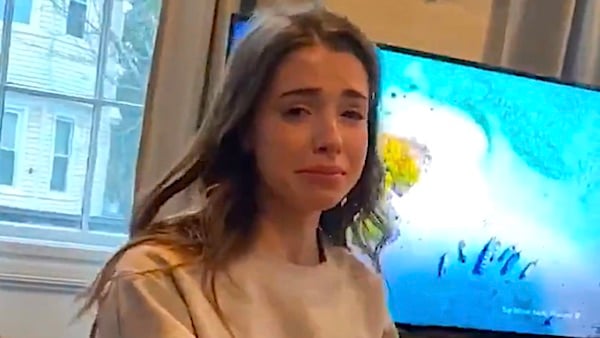 A young woman is seen sobbing over Bernie Sanders' plunging chances in a video shared on Twitter. (Screenshot)

It looks like an act by a conservative trolling progressives, but a viral video of a college-age woman sobbing over the political demise of socialist presidential candidate Bernie Sanders no doubt reflects the emotional trauma of many in her generation.

Actor James Woods retweeted the video on Tuesday with a comment: "Awwww. This is heartbreaking. Please, somebody tell her #Bernie needs another house in the south of France. Surely he’ll run in again in 2024. Until then she should buy a kitten."

Wearing a "Cape Cod Massachusetts" sweatshirt, with a blanket and smartphone on her lap, the woman is being consoled by her parents at home.

As she wipes her eyes, she manages to blurt out through tears, "He's been doing this his whole life, and he's 78 years old."

Her concerned mother says, "If he loses, you're going to be devastated."

The daughter goes deeper into her tailspin: "He just wants to help people. And nobody wants him to help."

The video appears to be scripted. And why would someone post, or allow her mother to post, a video of a meltdown?

In any case, the trauma is real in the young generation that helped make Sanders a contender in 2016 and again in 2020.

Awwww. This is heartbreaking. Please, somebody tell her #Bernie needs another house in the south of France. Surely he’ll run in again in 2024. Until then she should buy a kitten. pic.twitter.com/y82bi9PKbQ

Vanity Fair captured some of the 2016 meltdowns when Sanders conceded to Hillary Clinton amid charges the DNC rigged the primary.

Buzzfeed also showed the anguish at the 2016 convention.

The actor Woods, meanwhile, has been studying for some time the phenomenon of pampered, young, far-left Democrats.

In January 2019, as WND reported, he spotlighted a video clip from the "Dr. Phil" show of a 15-year-old California girl named Nicolette whose mother admitted she had raised an "extravagant, spoiled and bratty" daughter. 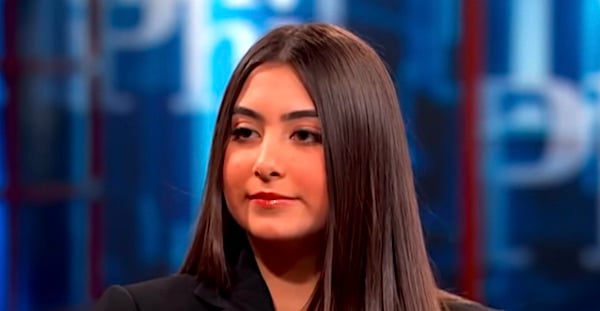 "Nicolette has always had the best of anything and everything," said the mother, Nina.

When Nina, during the conversation with the famed TV psychologist, suggested her daughter might start with getting a job, Nicolette burst into tears, crying: "No. No! Noooo!"

Birth of a Democrat pic.twitter.com/bVI7gXBXaB