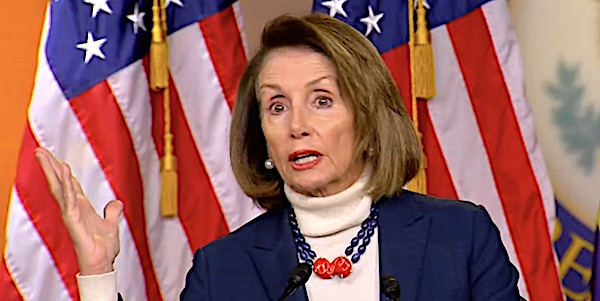 Democrats, it seems, will take every opportunity to fund their No. 1 cause, even when the nation is focused on an unprecedented crisis.

When the emergency bill was introduced in Congress to address the coronavirus pandemic, it was no surprise that House Speaker Nancy Pelosi included millions of dollars for abortion.

But when President Trump threatened a veto, she blinked and the provision vanished.

Tony Perkins, president of the Family Research Council, recounted the behind-the-scenes fight in which Trump emerged victorious over Pelosi.

He noted the final version of the relief bill remains to be seen. But Republican "leaders won't have to contend with at least one thing: abortion funding."

Under Pelosi's direction, "in the wee hours of Saturday morning" the House Democrats "had tried to tack on a secret slush fund for abortion."

"Even MSNBC couldn't hide its shock," he wrote, with host Joy Reid asking, "What does that have to do with COVID-19?"

Sen. Ben Sasse, R-Neb., was blunt: "Speaker Pelosi should be fighting the coronavirus pandemic, not politicizing emergency funding by fighting against the bipartisan Hyde Amendment. We need to be ramping up our diagnostic testing, not waging culture wars at the behest of Planned Parenthood. Good grief."

Trump's intent was clear, as he had written recently: "As the House conducts its business, I urge that it respect and continue these other important pro-life protections. … I will veto any legislation that weakens current pro-life federal policies or laws – or that encourages the destruction of innocent human life at any stage."

Perkins said the pressure worked and by the time the House voted, the language that would have compromised the Hyde amendment barring federal funding of abortion services was gone.

In an interview with "Washington Watch" last Friday, Rep. Andy Biggs, R-Ariz., cheered the administration's stand but warned that Congress still isn't out of the woods yet.

Biggs, the chairman of the House Freedom Caucus, said it will require vigilance to make sure something like that doesn't return.

Perkins acknowledged there is an emergency that needs to be addressed but said conservatives still must be careful not to "create more permanent spending programs and entitlements."