On Feb. 23, 1945, the airfield on Iwo Jima had just been taken, but any movement forward ceased: A cluster of concrete pillboxes manned by hardened Japanese soldiers was strafing the field with hissing machine gun fire. Marines were trapped in the open and dying.

A skinny corporal strapped on a flamethrower, chose four men and stormed ahead.

One by one his team fired on the pillbox apertures, allowing him to close in and go to work.

At one point, he even leaped atop a pillbox firing his flamethrower into the air vent, killing all inside and, more importantly, silencing its deadly guns.

Two of the corporal's riflemen died protecting him that day, their names unknown.

But four hours later, after repeated death-defying returns to his own lines to refuel six flamethrowers, Hershel “Woody” Williams became the stuff of legend.

He knocked out seven pillboxes that day, saving the lives of countless Marines.

For his selfless efforts, he was awarded the Medal of Honor by President Harry Truman himself.

And this past weekend, the U.S. Navy commissioned a ship in his name.

The 96-year-old war hero, the last surviving Medal of Honor recipient from Iwo Jima, was honored at a chilly ceremony on March 7 in Virginia.

“This is not just about me,” Williams said, his voice strong as he addressed the crowd. “It’s about them. It’s about those who never got to come home to America.”

“It’s to the families who sacrificed more than any of us,” he continued. “They gave one of their own, so that we could be who we are, live in a free country, have all the advantages that we have. So we want to pay tribute to those this morning.”

Several other Medal of Honor recipients, Navy brass and a couple of politicos, including Democratic Sen. Joe Manchin of West Virginia -- where Williams was born -- were on hand to commission the USS Hershel “Woody” Williams. 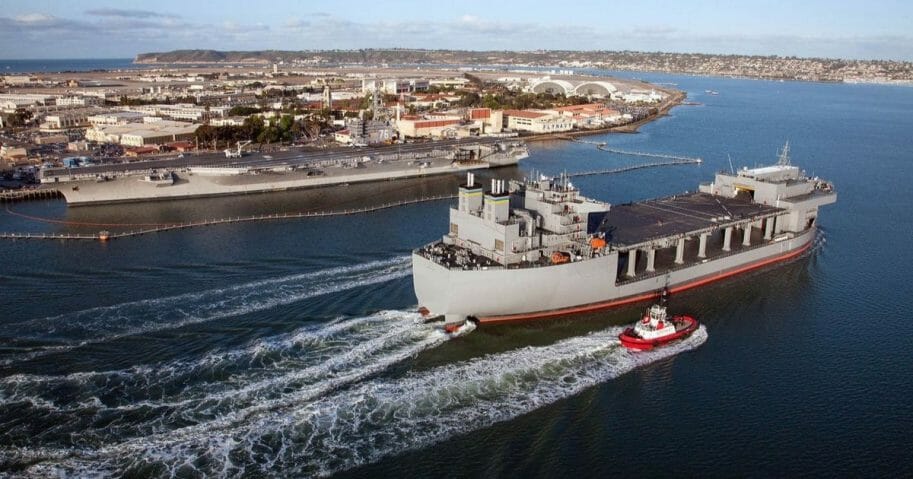 "This ship, by design, is intended to go over the horizon and into harm's way, and I am confident they will do so, combat-ready and battle-minded," said Rear Adm. Roy Kitchener, the commander of Naval Surface Force Atlantic, as reported by Fox News.

In 2017, Williams was treated to a very special ceremony, one that finally revealed, after 72 years, the names of the two Marines who gave their lives to protect him that fateful day on Iwo Jima.

“It was a very emotional moment. I almost lost it,” Williams said.

Cpl. Warren H. Bornholz and Pfc. Charles G. Fischer were finally identified by Pat O'Leary, an executive with UPS Veterans Affairs, along with the Marine Corps, and honored.

“Now that I know who they were that gives me kind of a closure that I couldn’t have had before," Williams explained. "Because I didn’t know their names. All I could do is just continue to say two Marines who sacrificed their life.”

The Marine’s identities were finally revealed from a combination of witness statements of Williams' actions on Iwo Jima and casualty lists from the conflict.

“I have said over and over, many many times that this medal that I wear, I wear in their honor, not mine,” Williams said. “So I’ve considered myself as a caretaker of the medal, not the owner of the medal.”