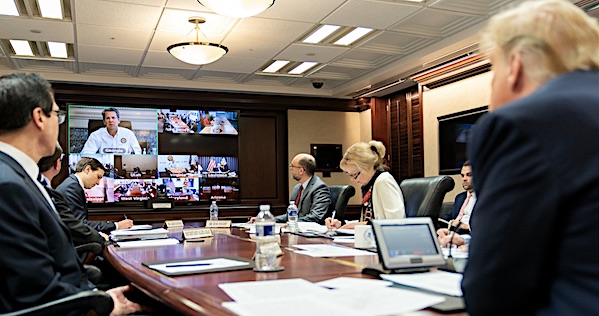 As America continues to deal with the coronavirus pandemic, NBC News is wondering if President Donald Trump has "blood on his hands" in connection with his administration's response.

The issue came up as NBC's Chuck Todd of "Meet the Press" was interviewing former Vice President and current Democrat presidential candidate Joe Biden on Sunday.

Biden explained, "The coronavirus is not the president’s fault but the slow response, the failure to get going right away, the inability to do the things that needed to be done quickly. They are things that can’t continue. We are going to go through another phase of this. We have to be ahead of the curve, not behind like we were last time." 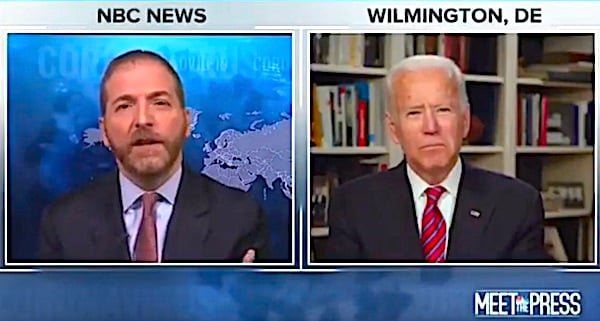 Todd asked Biden: "Your campaign put out in a critique of President Trump and said that if he doesn't do these things, he could cost lives. Do you think there is blood on the president’s hands considering the slow response? Or is that too harsh of a criticism?"

"I think that’s a little too harsh," responded Biden.

"I think what's happening is the failure to, as I watched the -- a prelim to your show, where someone said, used the phrase that the president just thinks out loud. He should stop thinking out loud and start thinking deeply. He should start listening to the scientists before he speaks. He should listen to the health experts. He should listen to his economists. For example, the United States Congress passed a significant piece of legislation to help deal with the incredible financial crunch that’s going to affect working families and all families, the whole economy."