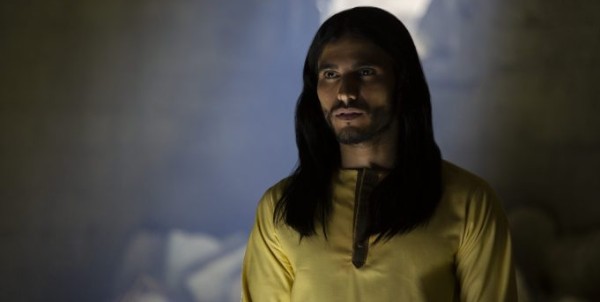 After complaints of a "subtexual anti-Islam sentiment," as one news report described it, Netflix has decided not to renew the drama "Messiah" after one season.

The series by Michael Petroni and "The Bible" producers Mark Burnett and Roma Downey featured a CIA officer played by Michelle Monaghan investigating a mysterious messianic figure known as Al-Masih who had attracted international followers.

The name Al-Masih, Arabic for messiah, prompted a change.org petition urging a boycott of the series. The Guardian newspaper of London explained that in Islamic eschatology, Al-Masih ad-Dajjal is an evil figure comparable to the Antichrist whose name translates to "the false messiah, liar, the deceiver."

A Netflix spokesman at the time argued in a statement to Deadline that the series "is a work of fiction."

"It is not based on any one character, figure or religion," Netflix said. "All Netflix shows feature ratings and information to help members make their own decisions about what’s right for them and their families."

In the series, Al-Masih draws a massive following after claiming to be sent to Earth by a divine power.

The Guardian said that while the "allegations of religious insensitivity may have played a part in the series' cancellation, it has also been suggested that the ongoing coronavirus pandemic has made international filming schedules much harder to co-ordinate – which may be the key factor in the streaming service’s decision not to renew."

Jihad Watch Director Robert Spencer, commenting on the complaints about the series, said "subtextual" means "you won't notice them unless you're a paranoid Leftist or Muslim authoritarian who wants to use claims of victimhood to gain total control over the public discourse."

He asked: "Would Netflix cancel a series over charges of 'subtextual anti-Christian sentiment'? Not on your life."