My beloved wife, Gena, comes from one of America's most beautiful small towns up in the forest of Northern California. There are many solid patriots in that neck of the woods, too.

In fact, some friends from there are partnering with a few of our military best to bring a new "Texan Pet Posse" special training unit to the Lone Star State that specializes in helping to sniff out – search and destroy – criminalities and contraband in our communities, public schools and maybe soon at America's borders. They are called the "Unleashed Nation."

As their website says, "Unleashed Nation is mission-driven and aims to make schools and communities safer by offering a unique, proactive service that utilizes highly effective K9s for detection of narcotics, firearms and other contraband." They do that by partnering with and offering special training for local law enforcement, school administrators, business owners, and parents and families.

And is anything needed more in our communities? Consider these statistics brought out on the group's website:

And do you know what is the greatest help in reducing crime in all these categories, outside of America's awesome law enforcement agents? Trained dogs.

It's no surprise that the American Humane Association holds an annual nationwide vote that recognizes America's hero dogs in these categories: law enforcement/arson, service, therapy, military, search and rescue, guide/hearing and emerging hero (for "ordinary" dogs who do extraordinary things), as USA Today reported.

But Bloomberg reported that, "dogs of war" are increasingly in high demand as they are "increasingly precious resources." As terrorism has spread and global and national crime statistics surged, so has the demand for bomb-sniffing dogs. Canines with finely trained noses are needed more and more by Border Patrol units, the State Department and private security firms.

That is why training professionals like the Unleashed Nation are so sorely needed in Texas as well as every state in our union.

Unleashed Nation is spearheaded by a few of America's best and qualified canine experts – a trident trio or three-pronged team that will help communities reduce criminal escalations and dangerous contraband. They are supreme canine crime fighters.

Christopher Allen has served as Protection K9 Handler on mobile security detail for multiple U.S. ambassadors to Iraq. He has instructed at a world-renowned K9 academy, USK9 Unlimited, successfully training K9s and certifying handler teams. Allen has trained K9s in all phases of detection for narcotics and explosives as well as patrol functions. While in the United States Marine Corps, Allen demonstrated progressive K9 leadership roles and obtained numerous advanced certifications. He has certified K9 credentials from CVC, NNDDA, CSI and USK9 Unlimited.

Gaston Paul Bourg III has worked and lived in a wide variety of cultures and people groups, serving also in the U.S. Marine Corp as one who became proficient in multiple weapon systems, close quarter combat and physical tactics, and land navigation and survival skills. Bourg was an East Baton Rouge Sheriff's Office Corporal K9 Handler with the Special Operations Division, including Gang Task Force Brave Unit in high-crime areas. As such, he is also proficient in utilizing patrol K9 in assisting in narcotic, homicide and armed robbery/burglary investigations. He has often assisted SWAT teams, ATF, DEA and FBI with apprehensions of major felony suspects and gang members. He competed annually on his K9 Patrol Team in USPCA Regional K9 competitions and won awards in Obedience, Agility and other areas of patrol duties. He is also a certified Department of Homeland Security active shooter instructor.

Samantha Lee rounds out this crime-fighting team with her Master Certification, CPDT, specializing in AM-K9 Detection, K9 Decoy Training, Anti-Poaching K9 Unit, and is a Master Certified Canine Fitness Instructor. For over a decade, Samantha has used her professional, administrative and personal talents and training to help equip hundreds of canines and their handlers in a wide range of living arrangements and security detail.

Lee collectively summarized her and her colleagues' passion when she wrote: "The most rewarding part of being a trainer is being able to help owners bring out the best in their dogs, to grow their relationship and realize their own potential in communicating with their beloved dogs." 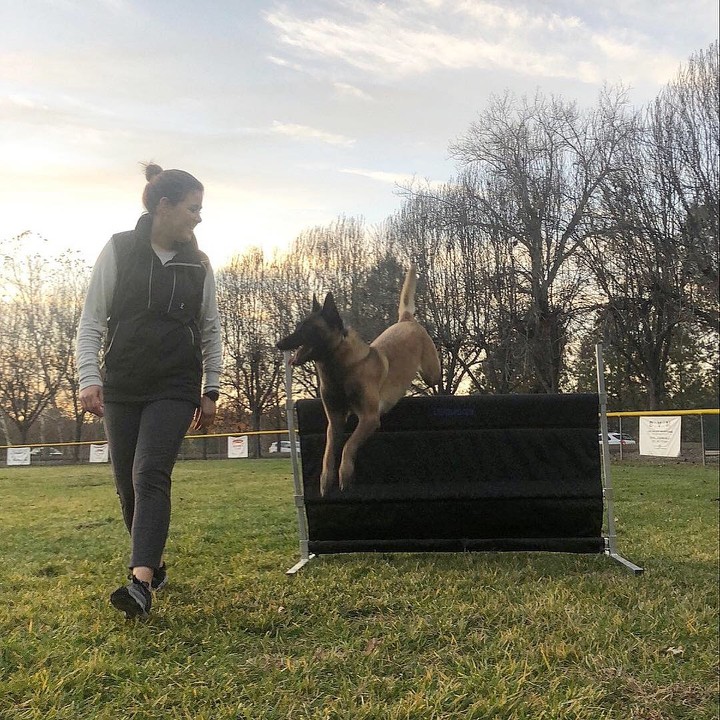 Samantha Lee and another professional from Unleashed Nation.

This trident trio and their newly established Unleashed Nation recently relocated to Texas, specifically the Austin area, to build a basis of operation on a ranch outside the capital as a central location from which to go out and serve their clientele.

I'd encourage all my readers – particularly our political and law enforcement friends – to check them out as a local and statewide aide to further help clip crime in our communities. Go to Unleashed Nation's website (www.unleashed-nation.com), check out their wide range of resources and subscribe to their newsletter. Write them and ask about their online assistance and training. And if you're in Central Texas this week, you can see the trident-trio LIVE at work, participating in a seminar from March 2-5 at the University of Texas. Allen and Bourg will be assisting departments in training their K9 units, while Lee will be conducting fitness, nutrition and first aid sessions.

Unleashed Nation lives to serve a point made by Vincent Van Gogh, the renown Dutch artist, who once said about our canine companions, "If you don't have a dog – at least one – there is not necessarily anything wrong with you, but there may be something wrong with your life."