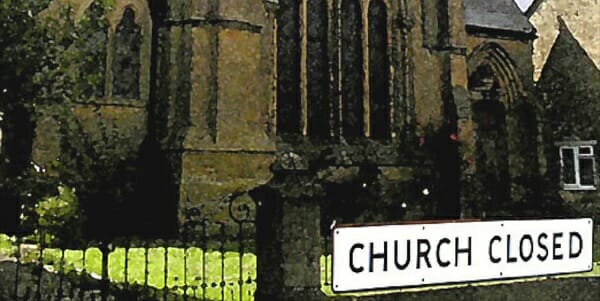 The Democrat announced Monday that, effective Tuesday at midnight, “all public and private in person gatherings of 10 or more individuals are prohibited” in the state of Virginia. Guidance issued by the governor’s office regarding the order notes that religious institutions are not excluded from this order.

Northam’s announcement is further expanded in Executive Order 53, which placed temporary restrictions on restaurants, recreational and entertainment gatherings, and non-essential retail businesses, as well as closed K-12 schools throughout the state due to the coronavirus pandemic.

“Virginians are strongly encouraged to seek alternative means of attending religious services, such as virtually or via ‘drive-through’ worship,” the guidance says. “Places of worship that do conduct in-person services must limit gatherings to 10 people, to comply with the statewide 10-person ban.”

Northam’s office did not respond to a request for comment from the Daily Caller News Foundation.

Michigan Gov. Gretchen Whitmer, a Democrat, amended her order that banned gatherings of more than 50 people, saying that churches were excluded from being subject to penalties for violating the order. Ohio Gov. Mike DeWine, a Republican, also exempted churches from his state’s stay-at-home order.

“We did not order religious organizations to close, but my message to EVERYONE is that this is serious. When you are coming together, whether in a church or wherever – this is dangerous,” DeWine tweeted Sunday.

WND News Services
These reports are produced by another news agency, and the editors of WND believe you'll find it of interest.
House passes 2nd largest stimulus package in history at $1.9T as debt nears $28T
Schumer mulls penalty for big businesses that don't pay $15 minimum wage
These are the 50 richest women in the world in 2021
Why U.S. needs to have MORE people working at U.N.
COVID outbreak hits 2 Navy warships deployed in Middle East
See more...