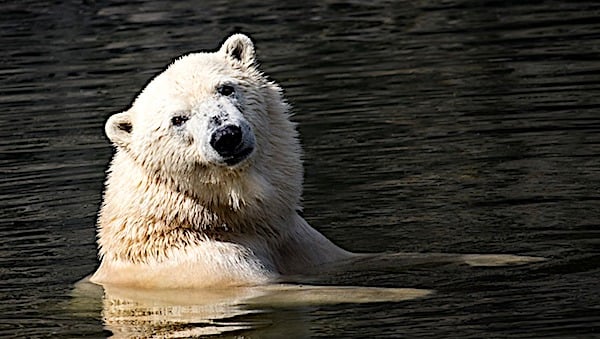 Oregon Gov. Kate Brown took a page out of Sen. Bernie Sanders’s playbook Tuesday as she signed a climate executive order after GOP lawmakers fled the state to avoid taking action on a climate bill.

Brown’s order intends to reduce carbon emissions by 45% below 1990 levels within 15 years and an 80% cut by 2050. The order also directs regulators to issue rules placing caps on emissions for the state’s fossil fuel industry, a move conservatives say would decimate rural parts of the state.

“I’ve heard it loud and clear from our young people in Oregon: climate action is crucial and urgent,” Brown said in a statement announcing the move. “If we adults don’t take action right away, it is the next generation that will pay the price.

“This executive order is extensive and thorough, taking the boldest actions available to lower greenhouse gas emissions under current state laws,” Brown said, adding that she made the decision to help set “Oregon on a path we can be proud to leave behind for our children.”

The Democrat’s maneuver also requires 20% of her state’s transportation fuels to come from electricity, natural gas, and propane within a decade, and 25% by 2035.

Brown’s EO comes less than a month after 11 Republican lawmakers walked out of the state capitol, preventing the majority party from reaching a quorum on a cap-and-trade bill. They say making tracks for another state was one of their only options after Democrats won the majority in 2018.

Her decision was a long-time in the making. Republicans employed a similar tactic in 2019, when they walked out in June to prevent a quorum in protest against HB 2020, a cap-and-trade climate bill. They stayed away even after Brown authorized Oregon State Police to return the lawmakers to Salem.

Republicans railed against the bill at the time.

“Pay attention Oregon — this is a true example of partisan politics,” Oregon Senate Republican Leader Herman Baertschiger Jr. said in a statement in February. Others were similarly apoplectic.

“Denying quorum is one of the only tools that the minority party has right now,” Senate Republican spokeswoman Kate Gillem told WaPo, noting that the bill is too divisive to move forward during the legislature’s 35-day “short session.”

Brown’s decision is similar to one Sen. Bernie Sanders proposed on the campaign trail.

Sanders, a self-avowed democratic socialist, revealed his own Green New Deal in August 2019, promising everything from “virtually free” electricity and a “hunger-free” transition to green energy from fossil fuels. His nearly 14,000-page memo also lays out that he would call a national emergency on climate change.

Sanders did say his plan to makeover the American economy will create “up to 20 million” jobs. He introduced a $16.3-trillion plan similar to the GND in August, which aims to make 100% of energy for U.S. electricity and transportation renewable by 2030 and have “complete decarbonization” by 2050.