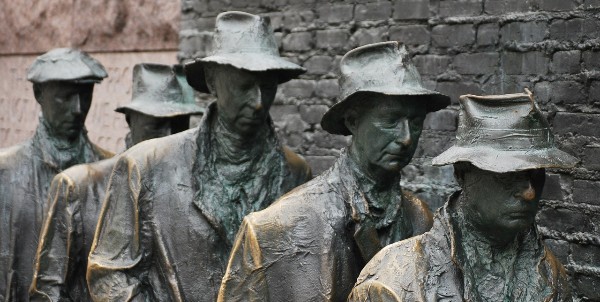 A new poll found nearly one in four U.S. adults said they have been laid off or furloughed during the coronavirus outbreak.

However, the Reuters/Ipsos poll released Friday also found that despite the severe impact on the economy, a bipartisan majority of Americans wants businesses to remain closed to slow the spread of the virus, Reuters reported.

Social distancing initiatives should continue, including "shelter at home" orders, "despite the impact to the economy," according to 81% of Americans.

That includes 89% of Democrats and 70% of Republicans.

Just 19% said they would like to end social distancing as soon as possible "to get the economy going again." The response broke down to 11% of Democrats and 30% of Republicans.

The poll found 23% said they already lost their jobs because of the coronavirus, their company shut down or they have been furloughed.

Reuters said the poll of 1,112 adults was conducted online throughout the United States, with a measure of precision of 3%.