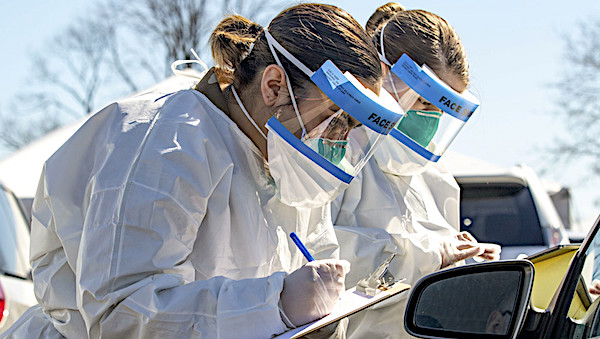 There was suspicion the Chinese coronavirus was a bioweapon developed in a Wuhan, China, lab that got loose. Then the Chinese government made the completely unfounded claim the U.S. Army had brought it to China as a weapon.

But it still could be considered a weapon, according to the Department of Justice, which has warned that anyone who "intentionally spread" the infection could be charged under U.S. terrorism laws, Politico reported.

A memo from Deputy Attorney General Jeffrey Rosen to DOJ leaders, prosecutors and others said investigators could determine that "purposeful exposure and infection of others with COVID-19" is banned by criminal statutes.

"Because coronavirus appears to meet the statutory definition of a 'biological agent' … such acts potentially could implicate the nation’s terrorism-related statutes," Rosen explained. "Threats or attempts to use COVID-19 as a weapon against Americans will not be tolerated."

Politico said Rosen did not say whether any such threats or intentional exposures had been reported or whether his warning was simply precautionary.

The Washington Examiner noted a New Jersey man already has been charged with making terrorist threats after he coughed on a grocery store worker and claimed to have coronavirus.