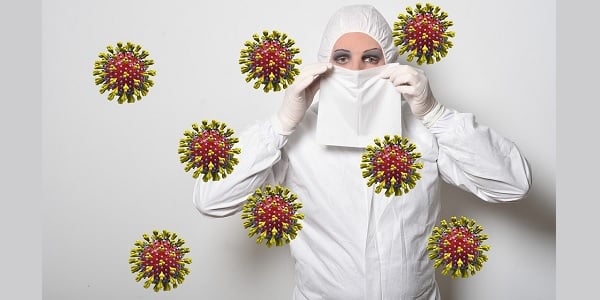 More than 43,000 people who tested positive in China for coronavirus by the end of February were not included in the nation’s official tally of confirmed cases, according to a report Sunday.

The figure represents so-called “silent carriers,” people who tested positive for the virus but showed no symptoms, according to Chinese government data obtained by the South China Morning Post.

The asymptomatic individuals were placed in quarantine and were monitored by authorities, but they were not added to the China’s official tally of confirmed coronavirus cases, the SCMP reported.

China’s failure to report asymptomatic coronavirus cases in its official tally goes against the World Health Organization’s guidance that anyone who tests positive for the virus should be counted as a confirmed case, regardless of their symptoms.

WHO has said that asymptomatic transmission of coronavirus is “extremely rare,” however, the U.S. Centers for Disease Control has reported instances of asymptomatic individuals spreading the virus.

“Some spread might be possible before people show symptoms,” the CDC stated. “[B]ut this is not thought to be the main way the virus spreads.”

And a joint study by a panel experts in China, the United States, Britain and Hong Kong in January estimated that upwards of 79% of confirmed coronavirus cases in Wuhan were spread by individuals showing mild or no symptoms.

“These undocumented infections often experience mild, limited, or no symptoms and hence go unrecognized, and, depending on their contagiousness and numbers, can expose a far greater portion of the population to the virus than would otherwise occur,” the panel reported.

WHO did not respond to the Daily Caller News Foundation’s request for comment on China’s failure to report asymptomatic coronavirus cases.

China’s handling of coronavirus at the onset of the outbreak has come under intense scrutiny.

In early January, Chinese authorities reprimanded of the first doctors in Wuhan to warn people about the virus, accusing him of “spreading rumors online” and “severely disrupting social order.”

The doctor, 34-year-old Li Wenliang, was forced to sign a statement apologizing for blowing the whistle on the virus. Li died from coronavirus in February.

Five million people fled Wuhan by the time Chinese authorities locked down what was then the epicenter of the virus on Jan. 23, enabling the virus to spread around the world at a remarkable pace.

As of Monday morning there have been 343,692 confirmed cases of coronavirus and 15,430 deaths worldwide, according to Johns Hopkins University.