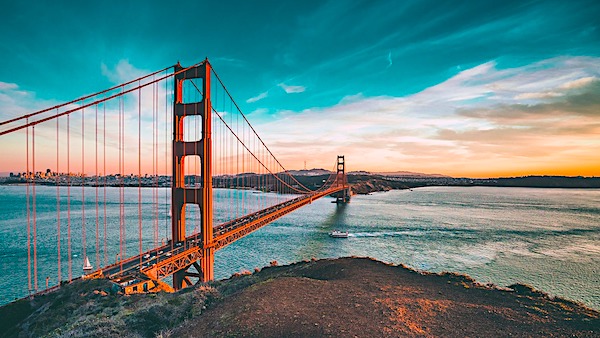 Six counties in the San Francisco Bay Area announced Monday a "shelter in place" order for all residents in response to the coronavirus pandemic.

It's the strictest measure of its kind in the country, directing everyone to stay in their homes and away from others as much as possible until April 7, the San Francisco Chronicle reported.

The area has a combined population of more than 6.7 million.

The Chronicle noted the order falls just short of a full lockdown, which would forbid people from leaving their homes without explicit permission.

It calls for the sheriff or chief of police to "ensure compliance," but it wasn't clear how it would be enforced.

The order states the "scientific evidence shows that at this stage of the (coronavirus) emergency, it is essential to slow virus transmission as much as possible to protect the most vulnerable and to prevent the health care system from being overwhelmed."

"One proven way to slow the transmission is to limit interactions among people to the greatest extent practicable," the order says.

In Washington state, which has the highest number of deaths in the U.S., 37, public health officials on Monday announced  indoor social or recreational venues will be closed until March 31, including bars, restaurants, clubs and gyms. The state also banned all gatherings of 50 or more people.

However, the Chronicle pointed out, the Washington state restrictions stopped short of a shelter-in-place order.

The Bay Area order bans non-essential gatherings of any size along with non-essential travel "on foot, bicycle, scooter, automobile or public transit."

Travel for necessary shopping or medical care will be allowed, and walks or exercise outdoors will be permitted as long as people keep six feet away from anyone who is not in their household.