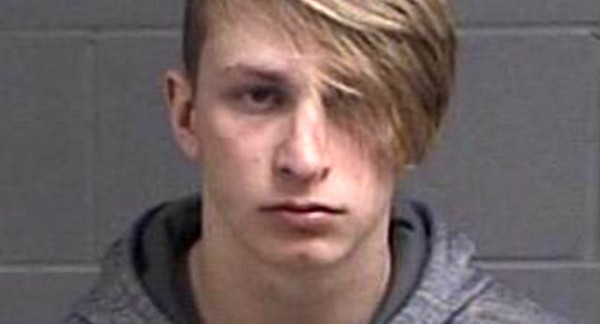 Transgender activists have insisted that allowing men who identify as women to use a bathroom with females poses no threat, but an alleged sexual assault case in a "gender-neutral" bathroom at a Wisconsin high school is only the latest case to refute that claim.

The gender-neutral bathroom has been closed as a result, reported Breitbart News.

Austin Sauer, 18, of Rhinelander High School was arrested Thursday for fourth-degree sexual assault, child enticement and exposing his genitals to a child in the school's bathroom, according to WAOW News.

Captain Terri Hook said an investigation is underway. Hook added that the school did not alert the parents about the alleged incident, arguing it was isolated and Sauer had been suspended from school.

The Family Research Council has produced a list of more than 20 incidents in public bathrooms of women either being assaulted or having their privacy violated by men claiming to identify as women, the Christian Post reported.

Along with schools, companies such as Target have set up gender-neutral bathrooms that allow either sex to use the same bathroom, despite concerns about privacy.

FRC transgender activists have scoffed at the warning that sexual predators could exploit such laws to gain access to women and girls. The activists have essentially denied that such incidents even occur.

But FRC says its list of "publicly reported incidents in which men violated the privacy of women in bathrooms, locker rooms, and other private spaces" demonstrates "that the concern about safety and privacy is legitimate."

In February, Breitbart noted, a three-judge panel of the U.S. Court of Appeals for the Ninth Circuit in San Francisco decided in favor of an Oregon public school district's "student safety plan" allowing transgender students to use the bathrooms that correspond to their "gender identity."

The U.S. Supreme Court declined in May 2019 to take up a case against transgender school policies.

Until 2012, the American Medical Association used the term "gender identity disorder," a mental disorder, as a diagnosis. But the AMA revised its diagnostic manual at that time, diagnosing transgender people with "gender dysphoria" to communicate the emotional distress that can result from "a marked incongruence between one’s experienced/expressed gender and assigned gender."