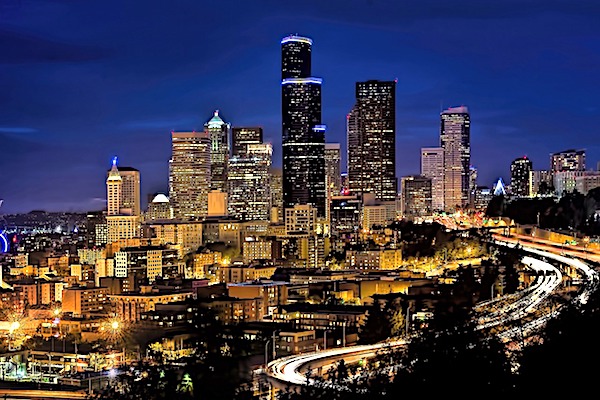 With Seattle-area public-health officials poised to order involuntary isolation and cancel major public events, the Washington State Department of Health has issued a chart with five threat-response levels -- the highest being the kind of drastic action taken by Italy of shutting down the entire nation.

King County, which confirmed its first COVID-19 case less than two weeks ago, is at Level 2, the voluntary isolation of sick people and voluntary quarantines of people who have contacted those who are sick, the Seattle Times reported. But health officials are considering moving to Level 3, the involuntary isolation and the involuntary quarantine of anyone who interacts with people who are infected along with the cancelation of major public events.

Level 5 would be the "cordon sanitaire" Italy has instituted in which officials order a halt to nonemergency travel and instruct people to remain indoors.

In Italy on Tuesday, shops and restaurants were closed, hundreds of flights were canceled and streets were emptied across the European nation, the first day of a nationwide lockdown, Reuters reported.

Italy has registered 9,172 cases of coronavirus and 463 deaths since Feb. 21. Nearly 4,000 deaths have been recorded worldwide amid more than 110,000 confirmed cases. In the United States, 26 people have died and 750 cases have been confirmed. In the Middle East, Iran has been the hardest-hit, with 291 deaths and 8,042 cases.

The Italian government has ordered citizens to avoid all non-essential travel until April 3, the most severe controls on a Western nation since World War II.

"It looks like an apocalypse has struck, there is no one around,” Rome restaurant owner Mario Monfreda told Reuters. "It is a total disaster. This will reduce us to nothing. ... More people are going to die as a result of the economic crisis that this lockdown is going to cause than the virus itself."

In New York, the second most impacted state next to Washington state, Democratic Gov. Andrew Cuomo has deploying National Guard troops to a Health Department command post in New Rochelle and set up a satellite testing facility and a one-mile, two-week containment area in the city, NBCNewYork.com reported. 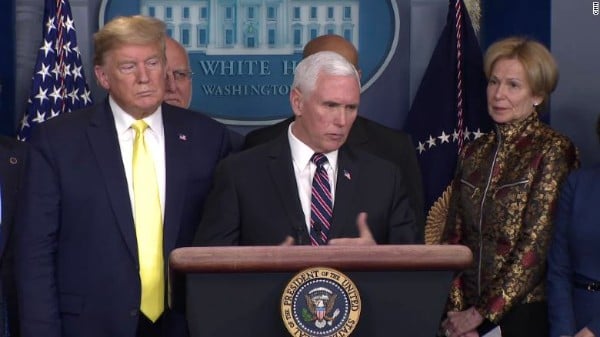 The troops will will help clean surfaces and deliver food in the containment zone. Public schools there will be closed through March 25.

President Trump, after an emergency meeting with administration staff Tuesday, told reporters he will propose "very substantial" economic measures to Congress, including tax relief and aid for workers in the gig economy who worry about calling in sick.

He said the virus has "blindsided the world."

China 'ascending out of the darkest moment'

Chinese leader Xi Jinping's visit Tuesday to Wuhan, the epicenter of the outbreak, was meant by the communist government to be a sign it believes the threat was diminishing.

State media said Xi spoke with patients at a hospital and encouraged medics to "firm up confidence in defeating the epidemic."

The official Xinhua News Agency said there was only 19 new coronavirus cases reported Tuesday. More than 3,000 people in China have died from the virus since it emerged in Wuhan in December. But officials said nearly three-fourths of the more than 80,000 people infected have recovered.

And 14 makeshift hospitals constructed in Wuhan to care for coronavirus patients have been closed.

Global Times, an English-language Chinese newspaper affiliated with the government, said Xi's visit to Wuhan sent a "strong signal to the entire country and the world that China is ascending out of the darkest moment amid the outbreak."

Recent Global Times opinoin pieces have questioned whether nations with personal freedoms such as Italy are prepared to take the kind of drastic steps necessary to contain the virus.

"As the first country fully mobilized to fight the virus, China has without doubt set an example for the world to follow," wrote Shi Tian in a piece published Tuesday. "China's image as a responsible world power has been further strengthened, not dented."