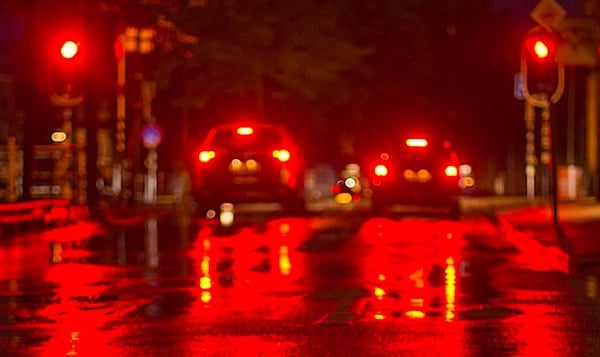 An Oregon engineer who was fined for claiming to be an engineer when he criticized the timing of traffic lights has been vindicated by the international Institute of Transportation Engineers, which adopted a new formula based on the engineer's theory.

WND previously reported the engineer, Mats Jarlstrom, won a ruling in Oregon court against the state engineer-licensing board for fining him $500 because he called himself an engineer in a letter about the traffic-light issue.

Now, according to IJ, Jarlstrom has been fully vindicated.

In a vote, the Institute of Transportation Engineers, or ITE, updated its 55-year-old equation with Jarlstrom's formula, which takes into account the time drivers need to slow down when making a right turn in an intersection.

"The vote could have wide-ranging, international ramifications by giving drivers a little more time to get through intersections (and in some cases, avoid frustrating red light tickets)," the institute said.

"It didn't take an engineering license to realize that the formula for traffic light timing was flawed," said Jarlstrom. "I’m just glad that the ITE and the professional engineering community were willing to listen to an outsider, consider my work, and finally update their formula.”

He pointed out that no one ever will know how many Americans got red-light tickets for making perfectly safe right-hand turns.

The dispute began in 2013 when Jarlstrom's wife got a red-light-camera ticket in their hometown of Beaverton, Oregon. He looked up the formula used to time lights and immediately "realized it didn’t take into account that drivers making turns need to slow down to safely navigate the intersection," IJ said.

When he contacted the Oregon State Board of Examiners for Engineering and Land Surveying, he was fined $500 for criticizing the timing of the lights "without have a Professional Engineer license."

He fought back with a First Amendment lawsuit, and in 2019 he won.

ITE eventually set up an expert panel to hear arguments from him and others, and the institute changed its formula.

"The First Amendment protects Americans’ right to speak regardless of whether they are right or wrong," said Sam Gedge, an attorney at the Institute for Justice. "But in Mats' case, the ITE committee's decision suggests that he not only has a right to speak, but also, that he was right all along."