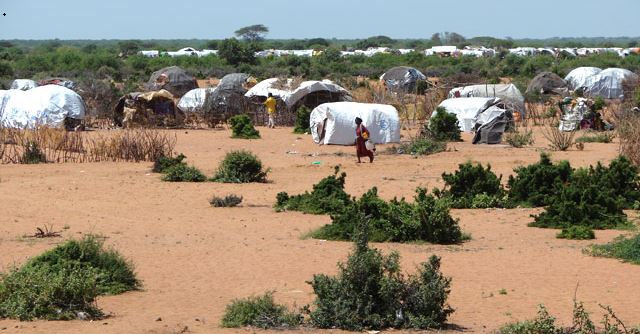 The U.N.'s massive Dadaab camp in Kenya sends a steady stream of Somali refugees to the United States.

Citing the 10th Amendment, Tennessee's General Assembly is asking the U.S. Supreme Court to affirm the state can drop out of a program in which the federal government has settled thousands of refugees in local communities.

The lawmakers appealed after the 6th U.S. Circuit Court of Appeals upheld a district court's dismissal of the case.

The case, filed in 2017, alleges the federal government violated state sovereignty by forcing Tennessee to continue paying for the program after it exercised its right not to take part.

The 10th Amendment holds that any authority not designated to the federal government is reserved to the states and the people.

After Tennessee withdrew from the program, the federal government assigned a private organization to run its resettlements in Tennessee, prompting the lawsuit. The feds also threatened to cut billions of dollars in funding from the state if it didn't pay the costs of the program.

The new petition asks the Supreme Court to rule that the Tennessee General Assembly has standing to challenge the constitutionality of the federal government's forced state funding.

The Thomas More Law Center, representing the state, says the case centers on "the Constitution's protection of states against overreach by the federal government."

"If a state legislature cannot vindicate its rights in court when the federal government picks the state's pocket and threatens the state if it dare stop providing funds, then federalism is a dead letter," the complaint argues.

Tennessee initially agreed to participate in the federal resettlement program because the federal government promised to reimburse 100 percent of the cost. In fact, Congress crafted the 1980 Refugee Act specifically intending that states not be taxed for programs they did not initiate and for which they were not responsible. As is often the case, however, the federal government began shrinking its financial support to the states and by 1991 eliminated it entirely.

Tennessee dropped out of the program, only to see bureaucrats continue operations through Catholic Charities of Tennessee. The bills then came to the state.

The 6th Circuit ruled the state didn't have standing to file a complaint.

"That is because the federal government can siphon state funds—to help pay for a federal program from which Tennessee has withdrawn."

The high court was told that the Tennessee lawmakers don't object to the program itself. It's the federal government's decision to reach "into Tennessee's pocket to pay for the cost."

It's all part of the fight over the settlement of refugees from the Middle East in small communities nationwide that escalated under the administration of Barack Obama and continues under the Trump administration.

One concern is that terrorists could be brought to the U.S. under the guise of being a refugee. Also, critics have noted that many refugees are young men looking for economic opportunities, and they are overwhelmingly Muslim.