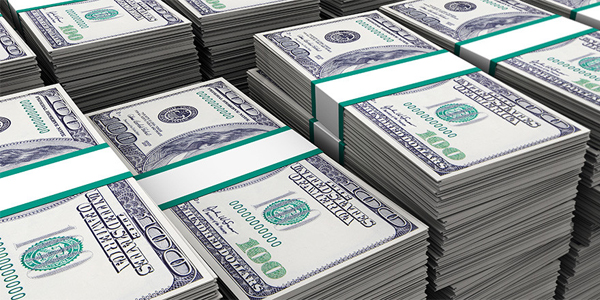 A new study from the Center for Immigration Studies finds the average refugee in the United States will cost taxpayers $60,000 over his or her lifetime.

Adult refugees cost upward of $133,000, mainly because of the low levels of education possessed by refugees upon their arrival.

CIS said most refugees admitted to the United States have "no immediate medical, social, or security concerns which would merit expedited processing."

"Given the costs, it may be possible to help a greater number of displaced people overseas rather than paying to settle them here," CIS concluded. "Overseas assistance could allow some refugees to eventually resettle in countries where they have stronger cultural or historical ties than they do with the United States."

Further, the organization said many refugees are in temporary camps near their homes.

"Assisting host governments, NGOs, and the U.N. High Commissioner for Refugees with supporting these individuals until they can return home is another way the United States may be able to more effectively leverage its resources."

The report was written by Jason Richwine, Ph.D., a public policy analyst based in Washington, D.C., and a contributing writer for National Review. Also contributing was Steven A. Camarota, the CIS director of research, and Karen Zeigler, a CIS demographer.

The report said, "Advocates of expanding the number of refugees admitted to the United States have lately portrayed their position as a win-win — refugee resettlement not only assists the refugees themselves, it also allegedly improves our nation's fiscal health."

But that claim is "unsupportable," the report said.

"Although refugees from earlier generations were often well educated, today's refugees have fewer than nine years of schooling on average. Because of their low earning power and immediate access to welfare benefits, recent refugees cost the government substantially more than they contribute in taxes, even over the long term."

The researchers found that highly educated immigrants contribute more in taxes than they consume in services. Those with lesser education are the reverse.

"Based on data from the Annual Survey of Refugees, one-third of refugees between the ages of 25 and 64 completed no more than the sixth grade before their arrival in the United States. About 53 percent have less than a high school diploma. Only 18 percent have education beyond high school," the report found. "When we apply the education levels of refugees to the National Academies' fiscal model, we find that the average refugee will cost about $36,000 in net present value over his or her lifetime. (Conceptually, 'present value' means that all of the lifetime costs have been consolidated into a single upfront payment.)"

But because of adjustments required for administrative costs, and the fact they can access welfare immediately, the cost rises, the report said.

"Why is education relevant? Because under the U.S. government's progressive taxation and spending structure, high-earning Americans tend to receive less in public benefits than they pay in taxes, while lower-earners receive benefits that exceed the taxes they contribute," CIS said.

"Given their low education levels, today's refugees are unlikely to possess the earning power necessary to become net fiscal contributors. This is not a reflection of their character; it is simply a reality of economic life in the United States. In fact, common sense tells us that the public sector would not be struggling every year with budget deficits if even its least-educated citizens were somehow paying their own way."

CIS said: "No plausible model, not even the National Academies' best-case scenario, comes close to suggesting that refugees who enter as adults will be net fiscal contributors. Refugee-specific costs add about 22 percent over and above the cost of other immigrants, but low education by itself is enough to push adult refugees' estimated fiscal impact well into negative territory."