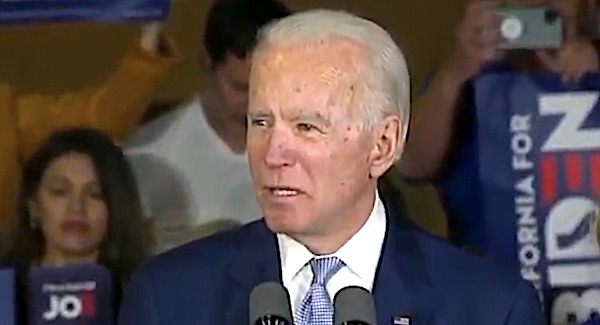 Joe Biden's gaffes have gotten him in trouble, but now simply quoting one of them has caused grief for a reporter.

Jordan Chariton of the progressive news group Status Coup was suspended by Twitter for 12 hours for tweeting a quote from Biden.

"You may not post content providing false information about voting or registering to vote," the social media platform said.

The suspension was lifted after about six hours.

Chariton explained: "I've been released from @twitter jail after I was suspended for accurately tweeting @JoeBiden's own words urging supporters to vote on 'Super Thursday.' We're now at the stage of corporate censorship where journalists are punished for accurately quoting politicians…"