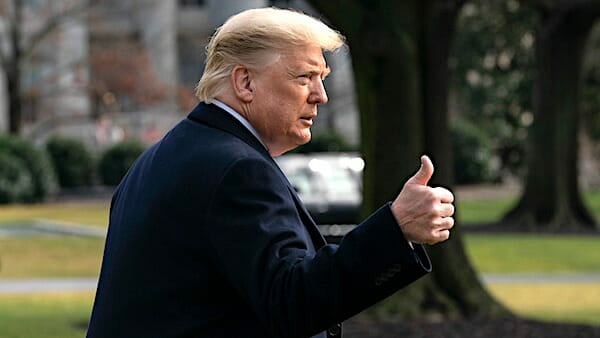 The federal prosecutor tasked with investigating the origins of the Democrats' Russia- collusion probe against the Trump campaign likely will go straight to court with his results without publishing a report.

That's according to Rep. Doug Collins, the ranking member of the House Judiciary Committee.

The Washington Examiner reported Collins said: "This is not going to be a Mueller report; there won't be a report. … When he's ready to charge people, he'll charge people. And that's when we'll know."

Collins, the report said, was referring to the 448-page treatise that Mueller issued following his years-long investigation into claims created under the Obama administration that the Trump campaign in 2016 colluded with Russia.

The Mueller investigation came up empty.

However, Durham's "investigation of the investigators" is ongoing, and results are expected to be known over the coming months.

What already is known is that the Obama administration used an opposition-research document funded by the Hillary Clinton campaign to obtain warrants to spy on the Trump campaign. The top-secret FISA court has found that at least two of the warrants were unjustified.

Former Utah Rep. Jason Chaffetz, who led the House Oversight Committee from early 2015 to the summer of 2017, said he believes criminal charges are warranted "based on the information we have already seen and already know."

The Examiner reported: "Durham, the top federal prosecutor in Connecticut, was appointed last year by Attorney General William Barr to review possible misconduct by federal law enforcement and intelligence officials in the Russia investigation. The review turned into a criminal investigation in the fall, allowing Durham the power to impanel a grand jury and hand down indictments."

The president has called the Democrats' claims a "witch hunt."

Collins talked about the Russia investigation in an interview with investigative reporter Sara Carter at the recent CPAC conference:

The Examiner previously reported House Minority Whip Steve Scalise wants jail time for those who abused the Foreign Intelligence Surveillance Act process during the early days of the investigation.

He cited the conclusion of Department of Justice Inspector General Michael Horowitz that there were at least 17 "significant errors or omissions" in the applications submitted to the FISA court.

He says it's now become political.

The congressman also wants to know about "the department's decisions to intervene in the normal handling of a series of criminal proceedings involving the president's associates and former staff, including reducing former Trump National Security Adviser Michael Flynn's sentencing recommendation."

And he asks why authorities are investigating "career law enforcement officials and investigations related to President Trump and the 2016 election."

And then there are instances of the "department ignoring federal whistleblower protections by overruling the Intelligence Community Inspector General's conclusion that an 'urgent concern' complaint regarding Ukraine was found to appear credibly and required under statute to be transmitted to Congress."

The Senate, however, acquitted Trump of the Democrats' charges.

Further, he wants to interview dozens of DOJ officials and seeks copies of communications between President Trump and the DOJ on "the criminal and civil matters identified in this letter" and even "a description of each instance in the last 10 years when senior officials of the department intervened to alter sentencing recommendations by a U.S. attorney's office."

Nadler demands the answers by March 13.

The Washington Examiner reported the Democrats behind the letter are insisting that U.S. Attorney John Durham testify about his inquiry into the origins of the Russia investigation.

But he listed only actions under the Trump presidency, ignoring issues such as the DOJ's use of an opposition-research document funded by the Hillary Clinton campaign to obtain warrants to spy on the Trump campaign.

Durham was told to review possible misconduct by federal law enforcement and intelligence officials during the counterintelligence investigation into Trump's 2016 campaign.

Barr told a Senate hearing he believes the Obama administration did "spy" on the Trump campaign.

GOP members of the House believe Durham will find out exactly what happened when Democrats spied on the Trump campaign.

Two of the search warrants the Obama administration used against the Trump campaign already have been ruled invalid by the FISA court that issued them.

The Examiner reported: "Durham is reportedly reviewing former CIA Director John Brennan’s analysis of Russian election interference, including scrutiny of his handling of a secret source said to be close to the Kremlin. Some of the U.S. attorney's scrutiny revolves around how the U.S. government eventually reached its January 2017 intelligence assessment on Russian election interference and whether Brennan was pushing for a biased result."