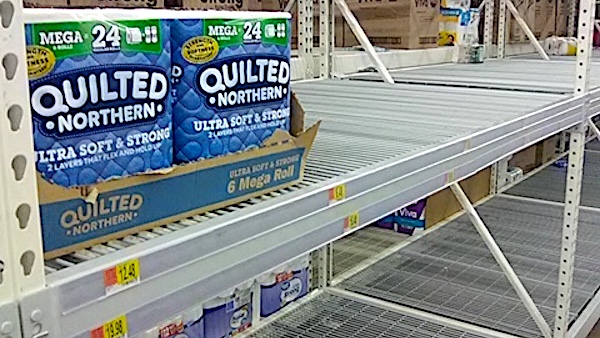 Twitter removed tweets from Sheriff David Clarke that mention coronavirus, yet the company has still not taken action against a Chinese official’s tweet suggesting the United States is behind the virus outbreak.

Clarke posted three tweets that have since been dinged, one encouraging people to “get back to reasonableness” and “stop buying toilet paper,” while another appeared to compare coronavirus to the flu. All three have been nixed, according to a report Monday from the Verge.

“The folks the LEFT has collapsed our institutions that have served us in times of trouble. TAKE … TO … THE … STREETS. I will no longer sit back and watch the destruction of this great republic over the FLU,” Clarke wrote Sunday in one since-nixed tweet. The tweet was archived.

Twitter revised some of its policies to “protect the public conversation around COVID-19,” according to a March 4 blog post from the company. The update also bans advertisements that “opportunistically use the COVID-19 outbreak to target inappropriate ads.”

The big tech company, meanwhile, is refusing to remove a Chinese official’s tweets suggesting the U.S. Army is responsible for injecting coronavirus into Wuhan, China. A spokesman told the Daily Caller News Foundation on March 13 that the official’s tweets do not violate company policies.

“When did Patient Zero appear in the United States? How many people are infected? What is the name of the hospital?” Lijian Zhao, deputy director of China’s Foreign Ministry Information Department, said in a March 12 tweet. “It may be that the US military brought the epidemic to Wuhan.”

Zhao added: “America needs to be transparent! The United States owes us an explanation!” Zhao also falsely stated in the tweet that Centers For Disease Control Robert Redfield was “arrested” before floating the conspiracy theory to his 317,000 followers.

The first case of coronavirus, or COVID-19, is believed to have appeared December 2019 in Wuhan, China. The virus has spread since February to 36 other countries and territories and has a global death toll of 3,041, according to the CDC‘s numbers.

Deaths from the virus in China hit 811 on Feb. 9, surpassing the number of patients who died from SARS, China’s National Health Commission noted at the time. China has reported roughly 80,000 cases since February, though the number of cases in the country appears to be declining.