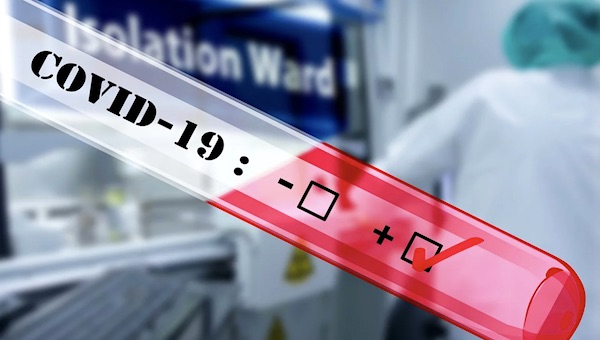 Chinese officials are not violating Twitter policies when they peddle in disinformation and conspiracy theories surrounding the coronavirus pandemic, a company representative said Monday.

Chinese state officials who spread propaganda online accusing the United States of planting coronavirus into Wuhan, China, are not violating Twitter’s terms of service, according to a company representative who spoke to the Daily Beast on condition of anonymity.

The representative did not provide a reason for not going on the record.

The representative cited language on its website stating: “Direct interactions with fellow public figures, comments on political issues of the day, or foreign policy saber-rattling on economic or military issues are generally not in violation of the Twitter Rules.”

Such language applies to recent examples of Chinese officials using the platform as a propaganda tool, the Daily Beast reported, citing the representative. The policy allowing world officials to clobber each other also appears to allow them to distribute disinformation wantonly.

A Twitter spokeswoman confirmed the report to the Daily Caller News Foundation. She did not provide a reason for not going on the record.

Chinese senior official Lijian Zhao on March 12 tweet suggesting the United States is trying to covertly inject the virus into China does not violate Twitter rules, a company spokesman told the DCNF on March 12. .

“When did Patient Zero appear in the United States? How many people are infected? What is the name of the hospital?” Zhao, deputy director of China’s Foreign Ministry Information Department, said in the tweet. “It may be that the US military brought the epidemic to Wuhan.”

Zhao added: “America needs to be transparent! The United States owes us an explanation!” Zhao also falsely stated in the tweet that Centers For Disease Control Robert Redfield was “arrested” before floating the conspiracy theory to his 317,000 followers. Redfield was not apprehended.

Officials can use the platform for so-called saber-rattling, while distributing disinformation. Zhao followed up that missive with another tweet Sunday suggesting the CDC “admitted some of patients were misdiagnosed as flu during 2019 flu season.”

“If #COVID19 began last September, & US has been lack of testing ability, how many would have been infected? US should find out when patient zero appeared,” Zhao added, implying that patient zero came from the United States.

Health officials say the virus began in China’s Wuhan region and expanded geometrically from there despite his suggestions otherwise.

Twitter has let other examples of misinformation slide as well.

The company appeared to give Tesla CEO Elon Musk told his Twitter followers March 20 that children are “essentially immune” to coronavirus, or COVID-19. Twitter previously stated that such a claim was impermissible, yet it appeared to backtrack after Musk made his comment.

“We reviewed the Tweets, and they don’t violate our rules at this time. Please continue to share anything you think we should take a closer look at — we’ll continue to rely on trusted partners, such as health authorities, to flag content that is harmful,” Twitter said in a statement to Axios.