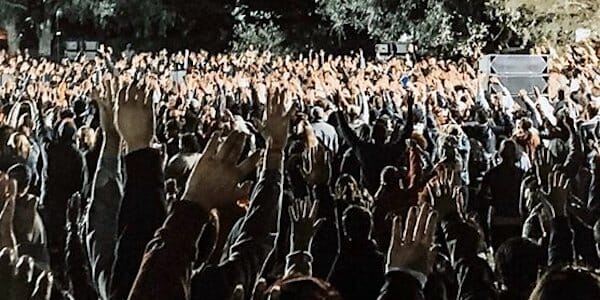 Major sports have suspended their seasons, events of all kinds have been canceled, restaurants are closed and even beaches have been cleared in response to the coronavirus outbreak from China.

But what about churches? In light of First Amendment rights, can the government instruct people not to gather for worship?

Yes, says one of the nation's top religious rights organizations, the American Center for Law and Justice.

As long as the restrictions are applied neutrally, as they appear to be so far.

ACLJ senior counsel Walter Weber, a Yale Law graduate who is an expert in First Amendment law, said his organization is monitoring the orders for services to be shut down. Some jurisdictions have limited gatherings to 50 people, while six counties in the San Francisco Bay Area have instructed residents to shelter-in-place.

"Normally the notion of government agents shutting churches down would trigger immediate strong concerns about breaches of religious liberty, he wrote on the ACLJ website. "And, of course, if churches are singled out for such hostile treatment, this would be a textbook violation of the First Amendment's Free Exercise Clause.

"This does not mean, however, that churches are entitled to a special exemption to public safety measures that are applied evenhandedly. For example, if police are chasing a robber, they can pursue the robber in a church parking lot as much as in a grocery store parking lot. This is different from police disregarding only church property rights. If firefighters need to cut down trees to halt a spreading fire, trees on the grounds of a place of worship, a private business, and a residence are all liable to be taken down. Likewise, if a disease epidemic requires imposition of a curfew, or quarantine, or prohibition of large gatherings, this can be legitimate so long as there is no unfairness in the government’s treatment of religious institutions and persons."

He said the key issue is neutrality.

"So long as the government maintains a neutral approach, addresses an objectively serious threat, and does not use that threat as a pretext for targeting disfavored religious entities and adherents, then churches, synagogues, mosques, and other religious bodies cannot claim unconstitutional discrimination," he wrote.

Weber, who has fought many cases on the issue, including at the Supreme Court, said that if the limits are "narrowly tailored, time, place, and (manner) restrictions, when done in the least restrictive means and in the face of a compelling state interest such as the safety of the public as we see here, are in fact constitutional."