I was watching "Fox & Friends" this past week when Air Force Lt. Col. Dan Rooney, the founder of the veterans' charity Folds of Honor, came on screen to share a message of hope and perspective in this COVID-19 national crisis. I want to share it with you because I know it will bless and help you, too.

With roughly half the states in our country now under a shelter in-place mandate to prevent the coronavirus from spreading, there's been a rise of "new stresses" that have heightened from citizens being 24/7 at home, running out for only "essentials," and being confined by social distancing.

The biggest stress at the moment, however, just might come from the cessation of Americans' insanely busy schedules and the subsequent trials of isolation and loneliness that ensue.

Here are a few samples of articles from just this past week reflecting that hardship:

Nothing against the practical tips that come from all those articles, but I think Lt. Col. Rooney discovered the gold mine of wisdom about isolation survival from a U.S. hostage who spent 444 days in captivity in Iran.

Historynet.com shares the origin of that hostage's story:

Born in 1957 in suburban St. Louis, Mo., Rodney V. "Rocky" Sickmann enlisted in the Marines in 1975 in the wake of the Vietnam War. He spent a few years in the infantry before joining the Marine Corps Security Guard Battalion (present-day Marine Corps Embassy Security Group), which watches over U.S. Embassies worldwide.

In October 1979, Sergeant Sickmann was posted to the embassy in Tehran, Iran. Weeks later, on November 4, radical Islamic students stormed the compound and took Sickmann and 51 other Americans captive. Over the next 444 days he and his fellow hostages endured privation and torture as officials sought their release. 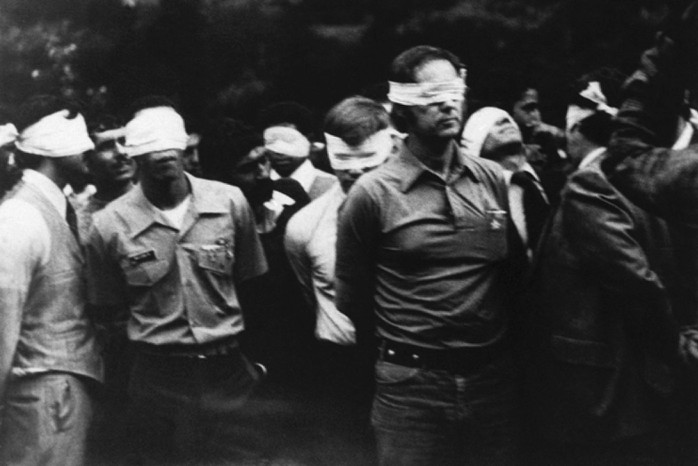 Military.com explained just how intense the isolation became: "For most of the 444 days in captivity, Sickmann said he was held in a cell with [Marine Cpl. Billy] Gallegos and civilian Jerry Plotkin. In that time, they were allowed out into the sunlight only seven times, for 15 minutes each time."

Can you imagine? Only seven times for 15 minutes each in 444 days?!

In a new episode of Fox Nation's series, "Bible Study: Messages of Hope," Lt. Col. Rooney said about the comparison of Sickmann's captivity: "It's different obviously, but the coronavirus has us all hostage. Our normal lives have ceased to exist." And I would add: There are lessons we can learn from Sickmann about how to survive and even thrive in isolation. 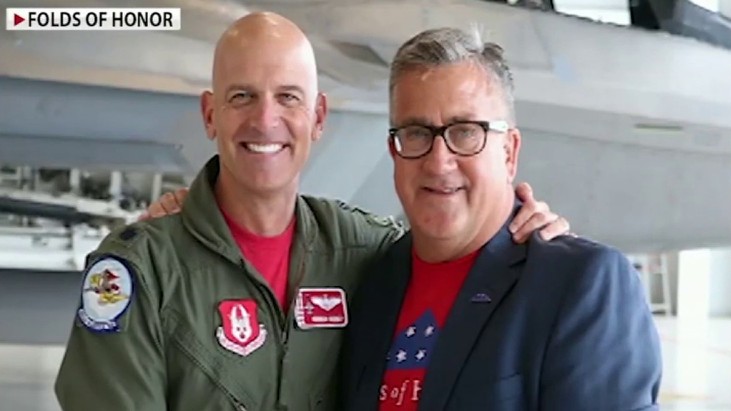 Rooney said that Sickmann told him that there were three things that enabled him to make it through 444 days in captivity: "Number one, prayer, deep, real conversations with God."

There's no better time to connect or reconnect to God than when we're in any type of isolation or confinement. The Bible says, "Draw near to God, and He will draw near to you."

What greater relationship do we need in this life beside one with the Almighty? He is the Bread of Life for our soul's greatest needs and relational satisfaction. And there's no better time to connect with Him than during this Easter season with Holy Week coming up.

Rooney summarized Sickmann's next tool for isolation survival: "The second thing was a codependency on his two friends that he spent most of his time in isolation with."

None of us is anywhere near the confinement that Sickmann endured. They might not be socially ideal to us now, but we still have plenty of ways to connect with others. We have our telephones. We have social media. We can still stand at a distance and talk to our neighbors face to face. And most of us have family members (including pets) with whom to bond. Rather than focus upon the challenges and hardships of being more around our loved ones, we need to seize each day as a unique opportunity to adventure or play together in ways maybe we've been talking about for a long time but always had busyness excuses to avoid. Anyone remember the good ol' days of taking daily walks or eating meals together? Now's your chance!

Then Rooney gave Sickmann's final strategy and tool for isolation survival: "And the third thing was his mind."

The mind is a battlefield, no doubt about it. As the Book of Proverbs says, "As a person thinks, so he or she is."

Dr. David Susman, a clinical psychologist, mental health advocate and Assistant Professor of Psychology at the University of Kentucky, gives this great "10 Healthy Activities to Take Your Mind Off Coronavirus."

Of course, Sickmann didn't' have nearly as many options as we do, but he did have one of the most powerful: "According to Sickmann, the action of recalling happy family moments had the power to transport him out of his dire circumstances into a positive mindset," Fox reported.

I encourage everyone to join the Fox Nation and watch Sickmann's episode about lessons of isolation in the "Bible Study: Messages of Hope" series. It could change your life, or at least your perspective on life.

Can you imagine how Rocky Sickmann views our present struggles with isolation, of being sheltered in place against COVID-19? The comparison is almost embarrassing, isn't it?

One thing is certain: Sgt. Sickmann's life and wisdom shows us is that suffering really is relative, and so is isolation. I hope his story helps you to gain new perspective as we weather through this coronavirus siege.

Lt. Col. Rooney was absolutely right when he said: "The one universal truth as Americans throughout history is we have struggled, but we have always come out the other side stronger. Together we will rise. We may be grounded right now, but America, I promise we will [rise] again."

Chuck Norris
Chuck Norris is the star of more than 20 films and the long-running TV series "Walker, Texas Ranger." His latest book is entitled The Official Chuck Norris Fact Book." Learn more about his life and ministry at his official website, ChuckNorris.com.
What I loved and miss most about my friend Ronald Reagan
How we can see fewer police officers killed in 2022
My 2022 health advice for Biden and all Americans
Most Americans don't believe Jesus existed before the manger
Little-known facts about George Washington's Christmas faith
See more...