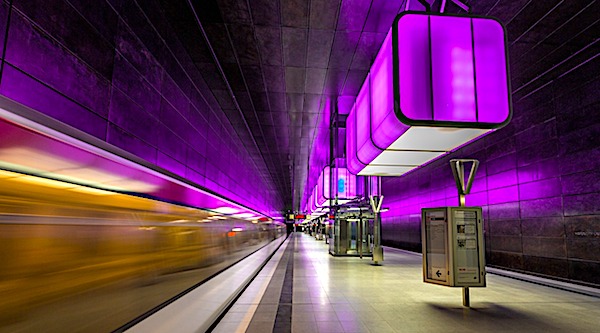 The euro could fall to the coronavirus pandemic, warns Soeren Kern, a senior fellow at the Gatestone Institute.

The eurozone, comprised of 19 of the 27 member states of the European Union, is "being buffeted" by the possibility of a long recession as well as a feud over possible financial support for Italy and Spain, which both have been hit hard by the pandemic.

It got suddenly worse just a few weeks ago when European Central Bank President Christine Lagarde rejected calls from Italy for help.

"After her comments rattled financial markets, Lagarde quickly reversed course and said that the ECB was 'fully committed to avoid any fragmentation in a difficult moment for the euro area.' Italian President Sergio Mattarella replied that Italy had a right to expect solidarity from beyond its borders rather than obstacles," Kern reported.

Then the ECB announced a plan to spend $810 billion to buy bonds from its governments.

But EU leaders then were unable to agree on an economic plan to respond to the coronavirus.

A plan from nine countries to create "coronabonds" to "mitigate the damage" was rejected, Kern reported.

One problem is the size of the debt, which includes $2.5 trillion outstanding for Italy alone.

"It is difficult to conceive of a scenario where an Italian debt default would not trigger a European banking crisis. Were that indeed to occur, it must be expected to have global economic and financial market ramifications," noted Desmond Lachlan, of the American Enterprise Institute.

Kern explained taht the associate editor of the British newspaper Independent, Sean O'Grady, wrote that the coronavirus crisis could catapult Italy into bankruptcy.

Then there's Spain, where Prime Minister Pedro Sánchez committed $215 billion – 20% of the country's GDP – to alleviate the economic and social consequences of the pandemic and said his financial help was coming from "Europe."

Meanwhile, the economy across the region has fallen. On April 6, French Finance Minister Bruno Le Maire said France is likely to see its "deepest recession since the end of World War II this year," Kern explained.

French President Emmanuel Macron already has suggested what's at stake right now is the "survival of the European project."

Oliver Hartwich of a think tank called The New Zealand Initiative concluded: "Today, not a single European country is doing well which means there is limited willingness for European countries to come to each other's aid. They are busy dealing with their own crises. Just witness how Italy has been left alone with its crisis by Europe and now rather gets its medical support from China."

He warned "an almighty economic earthquake" is looming and several economies will demand bailouts soon.