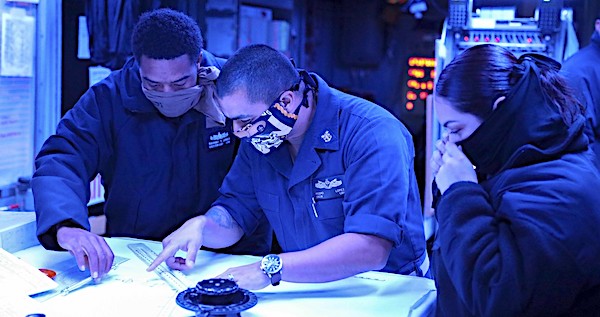 As you read these words, America is changing. We’re changing because we’re in the midst of a great and unprecedented crisis, and as Nobel Prize-winning economist Milton Friedman said, “Only a crisis – actual or perceived – produces real change.” Or as Obama chief of staff Rahm Emanuel put it more ominously, “Never let a crisis go to waste.”

House Majority Whip James Clyburn openly salivated over the prospect of transforming America into a socialist paradise when he called the coronavirus pandemic “an opportunity to restructure things to fit our vision.” Indeed, episodes like House Speaker Nancy Pelosi trying to stuff abortion funding into the $2 trillion coronavirus relief bill and Rep. Alexandria Ocasio-Cortez demanding extra-special funding for illegal aliens are only part of a much larger battle now raging for America’s future.

Yes, America is in the process of being transformed, but exactly how she will be transformed is yet to be determined.

Consider where we are. Even before the coronavirus pandemic descended upon us, we were in a bizarre, almost surreal state, with the Democratic Party having moved so far left as to become almost indistinguishable from the Communist Party USA. (If that statement sounds like hyperbole or worse, stop reading right now and go to the Communist Party USA’s website, CPUSA.org, and spend some time reading and digesting it. Try to discern any major differences between the Communist Party's concerns, sensibilities and solutions – on issues from unfettered immigration, to renewable energy, to wealth redistribution, to LGBT rights, to condemning cops as racist, to universal health care – and those of today's Democratic Party.)

Likewise, most news organizations in the age of Trump Derangement Syndrome have degenerated into a total farce. Calling what they do “propaganda” is a compliment, since much of it is just hysterical lunacy – like demonizing a well-established drug (hydroxychloroquine) that’s been recognized for decades by the FDA as safe, and is being used right now by many American physicians for treating COVID-19 cases, simply because Trump publicly touted it; or denouncing Trump as a “racist” and “hysterical xenophobe” for presciently slowing the spread of the virus early-on by imposing a temporary moratorium on flights into America from the pandemic’s source, China.

However, let’s also consider the good that is unfolding in our midst. In this stressful era of social distancing, isolation, shutdowns, business closures and massive employee layoffs due to an extremely contagious and scary disease, heroism is rampant among medical personnel across the nation who are risking their lives and health while “running to the battlefield.” Likewise, millions of patriotic and decent Americans are gladly exercising admirable self-discipline, restraint and willingness to sacrifice, reminiscent of our nation during World War II when we were unified against a common enemy and the crisis brought the best out of so many.

Yes, America is changing and will almost certainly never be the same as before. But that doesn’t have to mean our nation will become a worse place. She could become better!

America could emerge from today’s mega-crisis a more unified and noble country – “a shining city on a hill,” as President Reagan liked to put it, paraphrasing the words of Jesus in the Sermon on the Mount. The isolation and sacrifice may serve to help refocus America’s priorities and to nourish the nation’s spiritual core, which has been under withering attack for the last few decades.

But then, America also faces the very real possibility of being transformed into a totalitarian, dystopian “Brave New World”-type society – especially if we allow the Democratic Party’s lunatic leadership – from Pelosi, Schiff and Schumer to Biden, Sanders and the DNC – along with the progressive Big Tech companies and other leftwing thought-leaders, to chart our course.

Which way America ends up does not have to depend on fate, or on forces totally beyond our control. Indeed, in many ways our nation’s future has everything to do with us – with you and me.

After all, the cure for the many lies, deceptions, stratagems and subterfuges of today’s socialist left – and the one and only thing that can prevent them from negatively transforming our nation – is TRUTH. We desperately need the truth about every important issue we are facing to be shouted from the rooftops.

That’s why I am humbly, yet boldly, asking you to partner with WND. I know this may be a difficult time financially for many, and if so, we totally understand. But if you are able to help, please consider making a generous contribution. The pandemic hurts us in many of the same ways it hurts other businesses, yet we’re one business that simply cannot shut down, because, as Thomas Jefferson so astutely said about America’s wellbeing: “The only security of all is in a FREE PRESS.”

WND – whose motto since 1997 has been “A Free Press for a Free People” – has been publishing real news nonstop for almost 23 years. We are experienced professional journalists dedicated to our craft. But we are also Christians who above all honor God, America, the U.S. Constitution, liberty, and our nation’s Judeo-Christian culture, which of course is the glue that holds everything good about America together. That is the rock we stand on, and we intend to be here for the duration, like a lighthouse, to help illuminate the way forward for good Americans to navigate through these troubled and turbulent times.

But we simply need your help. I won’t trouble you with the details, and you may already know this is an extremely difficult time for news organizations, especially independent ones not propped up either by giant corporations or by billionaire sugar-daddies. Yet, if you really want the truth delivered to you every day, seven days a week, as we have without missing a day since 1997, please … SUPPORT WND.

Friends, we can get through this – and whatever else comes our way – together. Let’s help each other.

Thank you and God bless you,