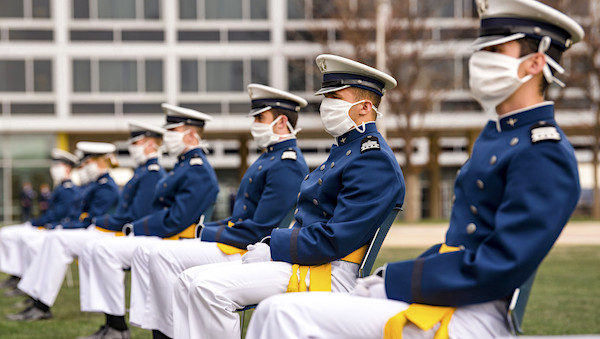 Governors who impose rules to deal with the coronavirus pandemic that infringe on constitutional rights can expect to face legal action, warned Attorney General William Barr.

"We have to give businesses more freedom to operate in a way that's reasonably safe," Barr said. "To the extent that governors don't and impinge on either civil rights or on the national commerce – our common market that we have here – then we'll have to address that."

Barr said the Justice Department could joins lawsuits by citizens or businesses against restrictions.

He said that as "specific cases emerge in the states, we'll take a look at them."

"We're looking carefully at a number of these rules that are being put into place," Barr said. "And if we think one goes too far, we initially try to jawbone the governors into rolling them back or adjusting them. And if they’re not and people bring lawsuits, we file statement of interest and side with the plaintiffs."

Bloomberg reported a group led by former Attorney General Ed Meese alleges "rampant abuses of constitutional rights and civil liberties," urging  Barr "to undertake immediate review of all the orders that have been issued by the states and local governments across the nation."

Barr told Hewitt on Tuesday that Americans have been subject to "very, very burdensome impingements on liberty."

"And we adopted them, we have to remember, for the limited purpose of slowing down the spread, that is bending the curve. We didn’t adopt them as the comprehensive way of dealing with this disease," Barr said.

"You can't just keep on feeding the patient chemotherapy and say well, we're killing the cancer, because we were getting to the point where we’re killing the patient," Barr said. "And now is the time that we have to start looking ahead and adjusting to more targeted therapies."

'We're going to keep an eye on all these actions'

Earlier this month, Barr said the Justice Department has had to "jawbone" a few local governments for restricting religious rights in response to the the pandemic.

"We've seen situations even up to now where some jurisdictions impose special burdens on religion that they don't also apply to other kinds of gatherings and events and we jawboned the local governments saying they really couldn't do that," he said in an interview with Fox News' Laura Ingraham.

"What they were doing to churches they had to do to everyone. They changed their rules," he said. "We're going to keep an eye on all these actions."

Barr explained that restrictions on the First Amendment right to worship can be imposed if there is a "compelling" government interest, such as the public's health.

However, there are many ways to interpret what is "compelling," and any restrictions must be imposed equally on other types of gatherings and cause the least burden on First Amendment rights.

Barr said there have been occasions in which liberties have been restricted during emergencies such as war or "in this case a potentially devastating pandemic."

He said the Department of Justice will watch "what the federal government is imposing ... but also what the states do."

"The states have very broad, as you know, what we call police powers, they have very broad powers that the federal government doesn’t have to regulate the lives of their citizens, as long as they don’t violate the Constitution," he said.

"We'll be keeping a careful eye on that."

Barr said religious liberty is the "first liberty, the foundation of our republic."

"And a free society depends on a vibrant religious life among the people. Anytime that's encroached upon by the government I'm very concerned."

He said the U.S. government should, as soon as possible, lift restrictions on church assemblies and explore other options for protecting the public.

"When this period of time at the end of April expires, I think we have to allow people to adapt more than we have, and not just tell people to go home and hide under the bed," he said.