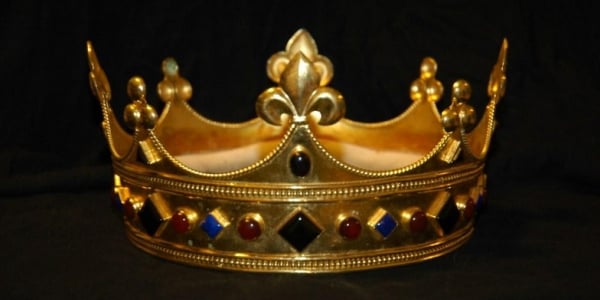 The BBC is being called out by an expert on jihad and Islam for suggesting that King Henry II wrote in a letter that he was considering converting to Islam.

Claudia Gold, writing for BBC History Magazine, noted Henry II was "furious with the archbishop of Canterbury," so he "threatened to forsake Christianity for Islam."

Gold wrote: "It was not unusual for Henry to issue threats: they were fundamental to his arsenal of kingship, as vital as his carefully calculated thunderous outbursts, his diplomacy, the legendary speed at which he drove his armies and his unsurpassable siege warfare in inspiring awe among his adversaries. Henry did not discriminate between the recipients of his threats, from the pope to the lowly electors of Winchester, whom he once ordered to 'hold a free election' but forbade 'to elect anyone but Richard my clerk.'"

Gold observed that if Henry "was serious, the ramifications across 12th-century Europe would be seismic."

"Since 1097, European crusaders had been fighting the forces of Islam in the Middle East and tenaciously hanging on to their conquests: the kingdom of Jerusalem, the principality of Antioch, the counties of Edessa and Tripoli. Muslims were seen as Christendom’s enemies," she wrote.

"Moreover, Henry was not simply King of England: he was also the Duke of Normandy and Aquitaine, Count of Maine, Anjou and Touraine, master of vast swathes of France. One of the world’s most powerful men, he held sway from the Scottish borders to the Middle East, where his uncles ruled the Latin kingdom of Jerusalem."

Gold noted Henry II was "familiar" with Islam, likely having studied the works of Petrus Alfonsi, physician to his grandfather Henry I, who wrote the earliest credible account of Muhammad, as well as Peter the Venerable, who ordered the first translation of the Quran into Latin."

She concluded that the king's threat was a "bludgeon" to get Pope Alexander to make certain Thomas Becket was not archbishop of Canterbury.

The king had promoted Becket to chancellor much earlier in their relationship, but the two eventually had a falling out.

Gold wrote: "The major source of friction was over which court – the king’s or the church’s – should govern clerics accused of committing crimes. Henry was concerned that separate ecclesiastical courts operated in tandem to his own, but he was also vexed that the punishments they meted out were negligible. Neither king nor archbishop would budge."

Jihad Watch Director Robert Spencer dismissed Gold's speculation, arguing Henry's rhetoric in a letter to the pope was the entire foundation for such a claim.

The king said in the letter "he 'would sooner accept the errors of Nur al-Din [the Sultan of Aleppo] and become an infidel, than suffer Thomas [Becket] to hold sway in Canterbury Cathedral any longer.'"

"That's it," Spencer said. "That’s the entire weak reed on which the BBC bases this entire flight of fancy about Henry II converting to Islam and compelling all of England to do so as well.

"The BBC should know, and probably does, that Henry’s statement is an example of what is known as hyperbole," Spencer said.

"It does not in any way actually mean that Henry was thinking of converting to Islam. In fact, it makes it clear that he considers that possibility inconceivable, and so he uses the prospect of his conversion as a rhetorical device to emphasize how his putting up with Becket was even more inconceivable.

He wondered whether the BBC was that "stupid," or whether it is "just intent on normalizing Islam for its captive audience, no matter how much it has to stretch the truth to do so?"