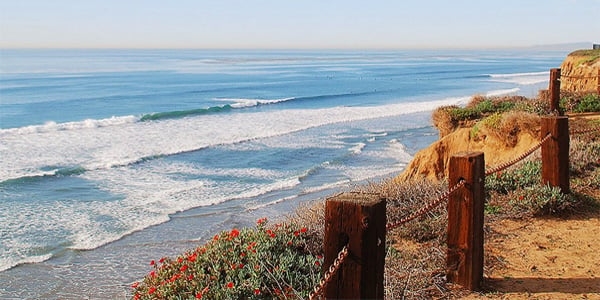 Governors across America have ordered businesses, streets, trails, churches and schools closed because of the Chinese coronavirus pandemic.

Citizens, largely, have cooperated, although some have protested at their state capitols, insisting they be allowed to go back to work.

That relative civil peace, however, could end in California.

The Mercury News of San Jose reports California Gov. Gavin Newsom's order to close the state's famous beaches could be a "line in the sand" that a citizenry generally supportive of his stay-home order won't accept.

Word of the closure plan was leaked in a memo to police chiefs in the state, who must prepare to enforce it.

One prominent San Francisco lawyer wrote on Twitter, "Governor Newsom, it’s not your beach, and we are not your serfs!"

But if Californians are kept off their beaches, will that attitude remain?

"This is by far the most forceful action that Newsom has taken to date, and by far the biggest risk," said Dan Schnur, a political scientist. "Up until now, he has accomplished his goals by urging and encouraging Californians to alter their behavior in certain ways. If this goes beyond that type of community reinforcement, there could be a very pronounced backlash."

CBSNews.com reported tens of thousands were at the seashore last weekend, angering Newsom.

"In Newport Beach, some 80,000 visitors hit the beach over the weekend, although lifeguards said most people exercised social distancing. With criticism swirling, the Newport Beach City Council met Tuesday and rejected a proposal to close the beaches for the next three weekends," the report said.

MarketWatch reported the governor's plan "didn’t sit well with Orange County Supervisor Don Wagner, who said late Wednesday that the governor’s decision is 'not wise' even if he has the authority to do so. "

"Medical professionals tell us the importance of fresh air and sunlight in fighting infectious diseases, including mental health benefits," Wagner wrote in a statement to media.

"Moreover, Orange County citizens have been cooperative with Calif. state and county restrictions thus far. I fear that this overreaction from the state will undermine that cooperative attitude and our collective efforts to fight the disease, based on the best available medical information."