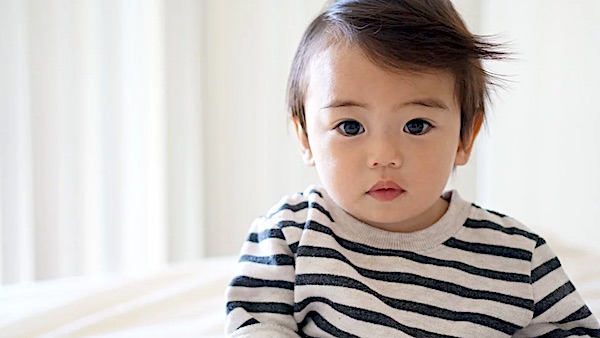 One industry that is refusing to shut down, or even scale back, to help the nation get through the coronavirus pandemic is abortion.

In fact, Planned Parenthood has gone to court multiple times already to demand that its clinics be allowed to continue to profit.

That has raised the concern of James Dobson, the founder of the James Dobson Family Institute, Family Talk radio and Focus on the Family.

He pointed out that several governors have issued executive orders halting "elective" medical procedures such as abortion during the crisis.

"Rightly so, they recognize the need to fully allocate resources and medical professionals to the service of saving lives, not the business of killing our most vulnerable," Dobson said.

But then came the Planned Parenthood lawsuits, which have persuaded judges to allow abortions to continue in Texas, Ohio and Alabama.

"This is outrageous!" Dobson said.

He cited the decision from Judge Lee Yeakel in Austin, Texas that blocked Republican Gov. Greg Abbott's order halting abortions in the state.

Are abortion providers an 'essential' service amid the coronavirus pandemic?
1% (4 Votes)
99% (396 Votes)

Yeakel concluded Planned Parenthood's "patients will suffer serious and irreparable harm in the absence of a temporary restraining order."

"The attorney general's interpretation of the executive order prevents Texan women from exercising what the Supreme Court has declared is their fundamental constitutional right to terminate a pregnancy before a fetus is viable," the judge wrote. "It is well established that, upon a plaintiff's demonstrating a constitutional violation, no further irreparable injury is necessary."

He further wrote, "A delay in obtaining abortion care causes irreparable harm by 'result(ing) in the progression of a pregnancy to a stage at which abortion would be less safe, and eventually illegal."

Dobson commented: "This rationale is absurd. What about the irreparable harm that now faces countless Americans due to the lack of medical supplies? Even more so, we should be appalled over the moral depravity that would claim a right to the onslaught of countless babies in the midst of this national health crisis. As a country, we are making the necessary sacrifices to do all we can to preserve life – it should be no different for Planned Parenthood."

Planned Parenthood's "business as usual" attitude, he said, "is beyond sickening."

"At a time in our nation when we are doing everything we can to save lives, we have federal judges telling us that it's Planned Parenthood's right to exterminate lives," he said.

Dobson said Americans should let the governors of Texas, Ohio, Iowa and Alabama know they support their actions to suspend abortion businesses.

And if they're not in those states, they should ask their own governors to take similar actions.

Kristan Hawkins, president of Students for Life of America, which has more than 1,200 chapters across 50 states, noted in a Washington Examiner commentary that Planned Parenthood even is refusing to share personal protective equipment, which is critical for doctors and nurses treating patients infected with the coronavirus.

"The image of courageous and self-sacrificing healthcare workers draped in garbage bags at Mount Sinai West hospital in midtown Manhattan because of a shortage of personal protective equipment is a horrifying picture for the coronavirus crisis," Hawkins wrote. "Despite Gov. Andrew Cuomo’s assurances that all is well, nurses report that a dire shortage puts their lives at risk, and a national call to action has been sent out, asking for donations of lifesaving gear."

But she noted, "One organization not answering the call is Planned Parenthood, which seems to insist that keeping its personal protective equipment to end lives without interruption is more important than contributing to those trying to save lives at the risk of their own."

"But rather than contributing to the efforts to save vulnerable lives across the country," she wrote, "the nation's No. 1 abortion vendor is working around the clock, trying to ensure that its business continues without change."

While other companies such as Ford, 3M, MyPillow and Hanes "are shutting down some operations to reconfigure their efforts to manufacture lifesaving gear," Planned Parenthood Keystone engaged in "an incredibly tone-deaf move" and demanded donations for its operations.

Texas Gov. Abott decided nonessential surgeries should be suspended, because "hospital capacity and personal protective equipment are being depleted by surgeries and procedures that are not medically necessary to correct a serious medical condition or to preserve the life of a patient."

Just weeks ago, Dobson asked voters to support senators who voted for two bills that would protect the unborn.

The Born-Alive Abortion Survivors Protection Act would require doctors to provide medical care for babies that survive an abortion. The Pain-Capable Unborn Child Protection Act would prohibit abortion past 20 weeks, based on scientific evidence that babies at that stage are capable of feeling pain.

"The senators who supported these bills have my deepest gratitude, and I implore them not to give up," he wrote in a column. "To those senators who had the audacity to turn their backs on helpless babies, I say this: you have chosen to embrace a culture of death and a political platform over humanity, decency, and life itself. God help us all if these two votes represent the soul of America.