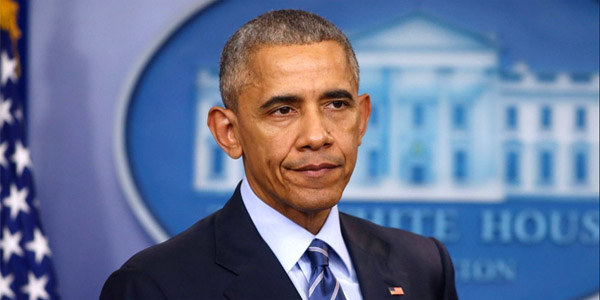 He's been a community organizer, a teacher, a U.S. senator and president of the United States.

But in a new television series, a chyron identifies him merely as a "former Chicago resident."

"Sports-starved viewers of 'The Last Dance' on ESPN were quick to pick up on the incomplete historical references," BizPacReview said.

One Twitter user quipped that President Trump might be identified in the future as a former WWE wrestler.

Trump hosted WrestlemMania when he was a businessman and is a member of the WWE Hall of Fame.

"The premise behind these references is apparently to identify Obama, Clinton (and presumably other celebrities interviewed in the series) by where they were at the time of Michael Jordan's heyday."

Whoever’s writing these captions is the MVP of this doc. #TheLastDance pic.twitter.com/tB6voGtpup

One Twitter user cited a statement from director Jason Hehir that the focus is Jordan, not the people interviewed about him.

On the subject of Barack Obama and Bill Clinton in #TheLastDance, I thought director Jason Hehir provided a great answer to me on the use of celebrity in a doc like this. Explains the chyron for Obama too.

Jordan, widely regarded as the greatest basketball player of all time, was an all-star 14 times and a six-time NBA champion and finals MVP.