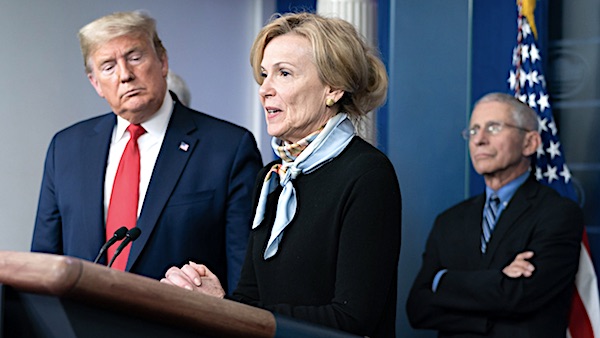 The case for continuing the lockdowns in response to the coronavirus pandemic is getting "weaker and weaker," contends Fox News senior political analyst Brit Hume.

The "collateral damage from it is extraordinary," he said in an interview Tuesday night with Fox News' Martha MacCallum.

And further, Hume said, it's increasingly clear that the virus "overwhelmingly affects elderly people and those with serious underlying medical conditions."

The rationale for isolating the whole population, he pointed out was to keep the health-care system from being overwhelmed.

But now hospitals, with treatment for other issues postponed, have empty rooms and are laying off employees.

"The damage to our medical, our health-care system it seems to me is something we really have to take into account here. It's very serious," he said.

"We are saddling our country and future generations with debt on a scale that was already high, and now it is far, far worse," he said referring to emergency relief packages in Congress that could amount to some $6 trillion.

That's not to mention, he said, the toll on businesses that won't reopen, the unemployment and the "consequences for children being locked up at home and not being able to go to school with their friends and be outside, the mental-health issues that arise from that, the domestic violence."

Hume further argued for ending the lockdown by pointing out the coronavirus "overwhelmingly affects elderly people and those with serious underlying medical conditions."

"Everyone else is much less vulnerable, down to children who seem almost totally invulnerable to catching this disease," he said.

The vulnerable, he said, can be quarantined to curb the spread.

"I think there's reason to believe that this disease turned out, outside of certain populations, not to be nearly as severe and dangerous as we thought and certainly the death rates I think will end up reflecting that," he said.

Hume noted the early dire predictions of as many as 2.2 million American deaths that were used as jusification for the extreme social-distancing measures.

Those models were "wildly off," he said, and "scared the daylights out of everybody."

"I think Doctors Fauci and Birx were content to sort of let that happen," he said, "because I think they were afraid that people wouldn’t socially distance and people wouldn’t engage in the mitigation efforts.

"And the result is we have a terrified population."

Meanwhile, YouTube removed videos Monday of a media briefing in which two California doctors carefully laid out their case for ending the lockdowns.