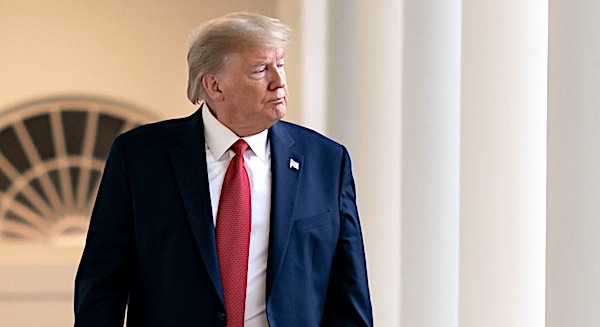 The dossier was used by the Obama administration to advance its claim that the 2016 Trump campaign colluded with Russia to win the election. After two years of investigation, special counsel Robert Mueller debunked the dossier's main claims and could verify none of them.

In a hearing in March, Steele indicated he would not answer questions that would identify his sources. He argued the dossier was simply a report of what he was told.

However, the London judge, Justice Warby, warned Steele that failure to answer his questions could count against him.

The plaintiffs charge Steele's references to them in his report are inaccurate and damaging, and Warby has stated he's hunting for the truth.

"I may be called on to rule whether he should be compelled to answer a question," he said, warning that Steele will need to prove his report was not inaccurate.

Should Christopher Steele and Democrats be held liable for their dubious, anti-Trump dossier?
100% (88 Votes)
0% (0 Votes)

Last month, lawyers for the Democratic National Committee and the Barack Obama White House claimed in a petition to dismiss a lawsuit by Carter Page that the dossier is essentially "true."

The onetime Trump campaign adviser Page sued the DNC and its law firm of Perkins Coie, which hired Fusion GPS to produce the dossier. The Obama Justice Department and FBI used the dossier as primary evidence to obtain warrants to surveil Page in its investigation of claims of Trump-Russia collusion.

The motion to dismiss the case, however, contends the "alleged defamatory statements" against Page made by Steele "were substantially true," the Washington Examiner reported.

"Here, the 'gist' of the complained-of statements — that Page coordinated with Russian government contacts as an adviser to the Trump campaign — aligns with Page's own description of his conduct," the motion states. "Page's own allegations demonstrate the substantial truth of statements that Page traveled to Russia and met with associates of the Russian government. Plaintiffs' defamation claims should be dismissed based on that basis alone."

Page's lawsuit was filed in January in U.S. District Court in the Northern District of Illinois' Eastern Division.

His lawyers said it is the "first of multiple actions in the wake of historic" abuse of the Foreign Intelligence Surveillance Act documented by Justice Department Inspector General Michael Horowitz in a report released in December.

Horowitz found the Obama administration was guilty of 17 "significant omissions and errors" in the process of obtaining four warrants to spy on Page.

The RedState blog commented the "real goldmine" in Page's lawsuit "will not be a monetary settlement, it will be the discovery process which will give Carter Page's legal team the ability to gain access to all manner of communications by the DNC and Perkins Coie concerning anything to do with the Steele Dossier."

The Daily Caller reported last month that Steele told an audience, "I stand by the integrity of our work, our sources and what we did."

He also said he would not cooperate with Attorney General William Barr or U.S. Attorney John Durham in their investigation of the origins of the Obama administration's Trump-Russia probe.