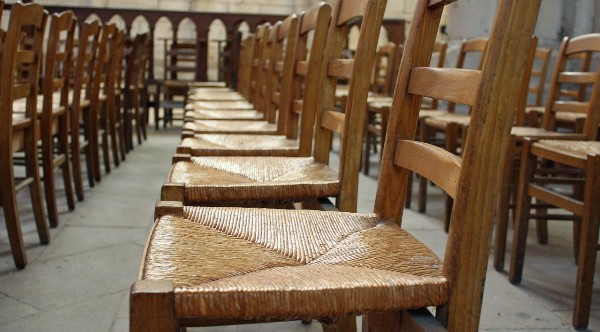 For the first time in American history, the pews of thousands of church buildings across the nation will be empty on Easter Sunday.

Streets have been strangely quiet this week in Jerusalem's Old City, where pilgrims at least since the fourth century have journeyed to remember the death of Jesus Christ and celebrate his resurrection during Holy Week.

The Church of the Holy Sepulchre – widely believed to be contain the sites where Jesus was crucified, buried and resurrected – is closed along with most shops along the Old City's alleyways. 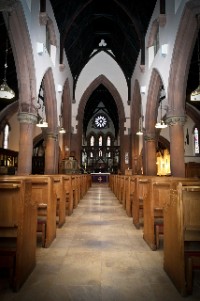 "We've become used to receiving so many pilgrims, for the last 2,000 years at least," said Arsen Aghazarian from the Armenian-Christian quarter in an interview with the German radio network Deutsche Welle. "But this year it will be tough, we won't see any visitors."

But the church is not buildings, it's the people, "the body of Christ," as the Bible teaches. And amid social distancing and shelter-in-place orders, Jerusalem churches will join congregations throughout the world that plan to live-stream their services on an unprecedented scale via smartphones, computers and TVs, said Wadie Abunassar, media advisor to the Catholic bishops in Jerusalem.

Churches that plan to hold an in-person service Sunday are the exception in many nations, stirring controversy. In Germany, two courts ruled against Catholic churchgoers seeking to assemble at Easter, Deutsche Welle reported.

On March 30, President Trump extended through the end of April the federal guidelines that all Americans should avoid gatherings of 10 people or more. In addition, governors in many states have issued stay-at-home or shelter-in-place orders.

Some churches plan worship at drive-in theaters, where people can remain in their cars, the Associated Press reported.

Most churches in the United States and Europe will operate like the Vatican, which, according to Vatican News, has been forced to quickly reorganize the liturgies for Holy Thursday, Good Friday, the Easter Vigil and Easter Sunday Mass.

"While Pope Francis will preside over them without the physical presence of the faithful, millions will join him spiritually through the media," via radio, television and the internet, Vatican News said.

The pope will celebrate Easter Sunday Mass at 5 a.m. Eastern at the Altar of the Chair in St. Peter’s Basilica.

Evangelist Franklin Graham has recorded a special Easter message from the Emergency Field Hospital in New York's Central Park that will be broadcast Easter Sunday on the Fox News Channel at 10 a.m. Eastern Time.

Graham, who is joined in the broadcast by Christian music artist Michael W. Smith, visited on Tuesday the park hospital set up by his international humanitarian group Samaritan's Purse in response to the coronavirus pandemic.

"Jesus Christ is the hope that the world is looking for," Graham said on Twitter.

Churches only in recent years have begun to live-stream their services, and many have jumped aboard since March, when bans on large gatherings were implemented.

Along with streaming on social media platforms such as Facebook and YouTube, many churches have joined the Zoom boom, taking advantage of the workplace-oriented, video conferencing app.

Zoom, despite security concerns, has been the medium of choice because it requires only clicking a link to join a meeting.

Small groups, Bible studies, mentoring, prayer meetings and other church-related gatherings have been taking place daily via Zoom, which spiked from 10 million users in December to 200 million now.

However, a megachurch in suburban Phoenix plans to hold an in-person service this Sunday while continuing live-streaming.

On Easter Sunday, he will limit the gathering to about 300 people on the outside lawn of the complex. Each family – monitored by off duty police officers, nurses and church volunteers – will be at least six feet apart.

"Our leadership will be wearing masks, those who are helping people to their spots," said Bentley.

The pastor told KNXV-TV in Phoenix there's been a mixed reaction to the Easter plan in his congregation.

"I've got people I love who have attended our church and don't agree with it, they aren’t happy we’re doing it," he said.

But others feel the opposite.

"There are people who when they see me or have reached out to me, are in tears thanking me," Bentley said, "so beyond grateful so I have to somehow balance those two responses."

He said it wasn't an easy decision. But he estimates he's taken more than 300 calls over the last month "from people saying when can we meet again."

Some are battling depression and anxiety.

"The isolation's taking its toll for sure, as it is all over the county," said Bentley.

The Pinal County Sheriff's office is working closely with the church.

"The sheriff speaking to the pastor went line by line through the guidelines and what was required for them to have such an assembly," said Pinal County Chief Deputy Matthew Thomas.

Some pastors have defied the law.

Florida megachurch pastor Rodney Howard-Browne was arrested in March for holding services at The River at Tampa Bay. He was charged with misdemeanor counts of unlawful assembly and violating public health rules.

In Louisiana, Pastor Tony Spell held an in-person service even after his arrest March 31 on six misdemeanors for defying the governors stay-at-home order.

"Like any zealot or like any pure religious person, death looks to them like a welcome friend. True Christians do not mind dying. They fear living in fear," said Spell, pastor of Life Tabernacle Church in Central, Louisiana, in an interview with TMZ.

"If it did work, why has America spent billions and billions building churches?" he asked.