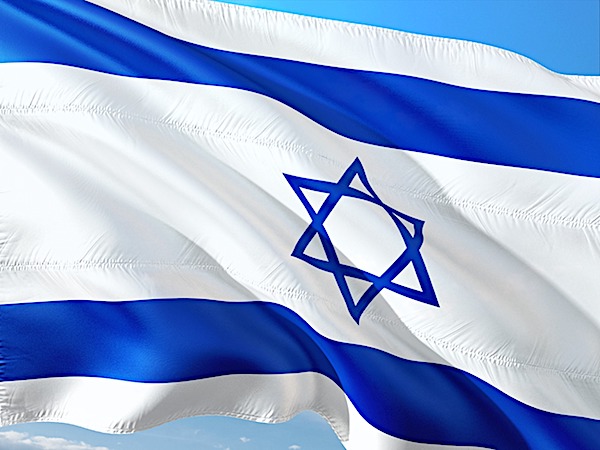 China's role in the coronavirus pandemic already is the subject of complaints in federal court and the International Criminal Court in The Hague.

Now, it's named as the defendant in a class-action lawsuit in Israel.

Larry Klayman, the founder of Freedom Watch, has teamed with Israeli lawyers in a lawsuit against China for "the huge damage to health and welfare and the economy of Israel."

Israeli lawyers Ruth Machnes Suchovolsky, Arie Suchovolsky and Yacov Bidor of A. Suchovolsky & Co. Law Firm in Tel Aviv are partnering with Klayman, who has filed a related case in Dallas.

Klayman said he's proud to partner with the prominent Israeli firm "in the interests of holding the Communist Chinese government accountable for the pandemic they have caused, mostly likely the result of the release of COVID-19 from a bioweapons laboratory in Wuhan China."

"As an American and a Jew I am very gratified and feel privileged to team up with these excellent and dedicated legal counsel. Israel is America's closest ally and friend and both nations are mutually dependent on each other for their survival. Watch what we accomplish in the days and months ahead," Klayman said.

"Together we can accomplish what our governments cannot and will not do, as we are not constrained by international politics and are governed only by the rule of law and justice. With God's divine guidance, highlighted by this Passover period, I know that we will prevail, just as Moses did when, with fellow Jews in tow, God set them free from Egyptian bondage and they ultimately arrived in the promised land of Israel."

He explained the case will move quickly in a Jerusalem court and be adjudicated by a three-judge panel. Already, a number of plaintiffs in Israel are coming forward to seek justice, he said.

On Tuesday, an official with the International Criminal Court informed Klayman that his complaint against China for its handling of the coronavirus pandemic is under consideration.

Klayman said he's "confident that the International Criminal Court will proceed with a criminal investigation and indict the Chinese leadership."

"Their crimes against humanity over the COVID-19 pandemic are severe and mounting each minute. The world demands justice for the death and destruction they have caused and continue to cause," said Klayman, a former Justice Department prosecutor," he said.

"The Chinese people are a good people, but the communist government is evil," said Klayman. "They will have to answer not just to the Court, but also God."