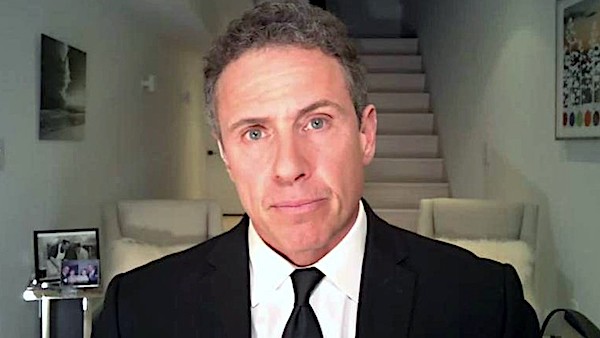 Chris Cuomo, a CNN anchor and the brother of New York Gov. Andrew Cuomo, suddenly has announced he loves his job, just one day after he said he didn't like what he does "professionally."

The New York Post called it "an apparent change of heart."

Chris Cuomo's statement Monday was: "I don't like what I do professionally. I don't think it's worth my time." He expressed concern about "trafficking in things that I think are ridiculous," such as "talking to Democrats about things that I don't really believe they mean."

On Tuesday, he said in an interview on satellite radio that he "didn't mean it that way."

"It wasn't about CNN. It wasn’t about me wanting to leave my job," he said.

He claimed he was talking about "my frustrations about journalism and being worthy enough to be part of the profession," the report said.

Cuomo said he's lucky to be working with "people like this," but that doesn't mean there are no frustrations.

He said his household has been in a "constant state of mild panic" because of his COVID-19 diagnosis, followed by the fact his wife now is not feeling well.

CNN, in a statement released after Cuomo's first claim, told the Post: "Chris is not talking about CNN and changing his job as an anchor. He's talking about changing how to do the job. He's referring to the politics and media culture, not CNN."