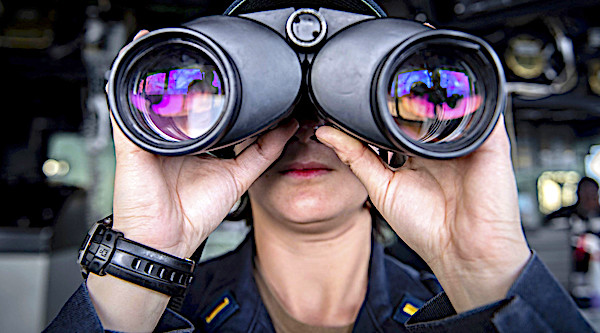 An organization that fights for health-care privacy warns that the emergency-relief bill in response to the coronavirus pandemic establishes a nationwide system of surveillance of health care.

Who gets what medical care, when and for what reason could be under the eye of the government.

Twila Brase, the president of Citizens' Council for Health Freedom, said Congress just approved $500 million for the creation of a nationwide health-surveillance system.

"While it is not clear exactly how this will look, this system is not a last-minute decision based on the current emergency," she said. "This system has long been supported by the data-hungry health care industry, data corporations and state, local and federal government agencies. As the Health Information Management Systems Society (HIMSS) just announced on their website."

The organization saysthe CARES Act includes $500 million "that solidifies congressional and Trump administration support for Data: Elemental to Health, a multi-year campaign to modernize the public health infrastructure in the United States."

"HIMSS and our partners have been advocating for greater funding for more than [a] year," she said. "Working together, HIMSS along with the APHL, CSTE, NAPHSIS, NACCHO, and ASTHO have focused on bringing the public health infrastructure, surveillance system and workforce into the 21st Century."

Brase said that for far too long, "these industry groups and government organizations have been working together to create a nationwide system of health surveillance."

"Their combined efforts gave us the permissive HIPAA data-sharing rule in 2000 and the electronic health record mandate in 2009, forcing every doctor to digitize their patient’s data into centralized systems and not allowing patients to control how it’s used or shared."

She that with Google mining medical records, and Congress approving surveillance, "it’s time for Americans to insist that their medical privacy rights be restored."

"Health surveillance is unethical, unconstitutional and un-American. No American patient should face the choice between protecting their privacy and securing access to the care they need. And no doctor or nurse should be required to feed their patient’s private information into the government’s new surveillance system."

In emergencies such as the coronavirus, she said, it is "easy to expand government powers long-term."

"They make it easy to enact controversial proposals that would not pass in ordinary times. But once implemented, these surveillance and analytic technologies won’t be easy to unplug."