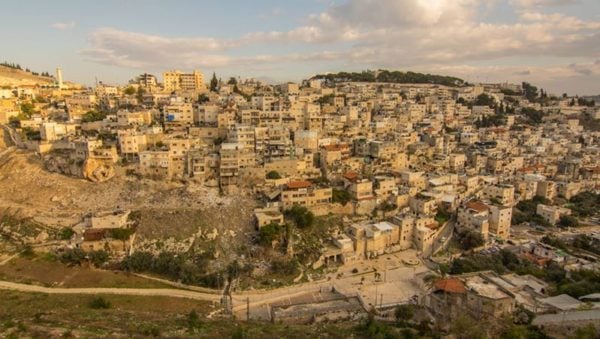 A 70% cutback in law enforcement by Israel's Civil Administration due to the coronavirus pandemic is allowing "irreversible" damage to irreplaceable historical artifacts in Judea and Samaria, the area under the Palestinian Authority known as the West Bank.

The illegal excavations on an unprecedented scale have prompted protest from a watchdog organization called Preserving the Eternal, which is calling on Israeli Minister of Defense Naftali Bennett to deploy inspectors.

The group, dedicated to the "preservation of the physical record of Israel’s history in Judea and Samaria," reported pirate excavations at a cave in the Har Kabir Nature Reserve, between Elon Moreh and the Jordan Valley.

It's an "Area C" zone of the Palestinian territories, meaning Israel has full jurisdiction.

An inspection this week revealed "three new openings had been dug into the cave, bored through the stone wall that protected the depths of the cave and its irreplaceable artifacts."

BIN said it wasn't the only report in recent days of massive damage to unprotected archaeological sites.

"Ein Samia in the eastern Binyamin region, where particularly rare and unique artifacts have been found, is currently undergoing an onslaught of destruction at the hands of treasure hunters."

Other incidents have been reported at Khirbet Marjama, which houses the remains of a city dated to the Israelite Kingdom era.

Preserving the Eternal, according to BIN, "alerted the chief archaeology officer to a team of thieves that had been digging at Khirbet 'Alamit near the entrance to Jerusalem, and through a swift, concerted effort the band of thieves was apprehended."

Eitan Melet, a spokesman for the preservation organization, told BIN: "The state of Israel is now in a full-scale battle against the coronavirus pandemic, but we must not lose sight of the day after. We cannot neglect our eternal treasures."