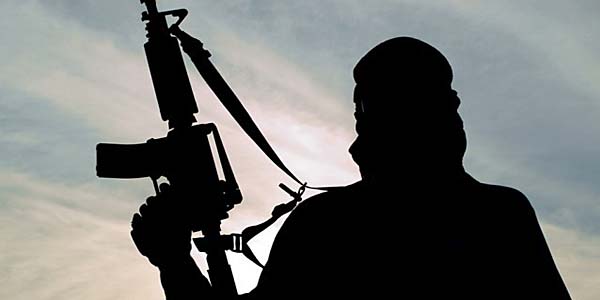 A Pakistan court has overturned the murder conviction of the jihadi convicted for the 2002 kidnapping and beheading of American journalist Daniel Pearl.

The New York Times reported the Pakistani court found evidence that Ahmed Omar Sheikh was involved in the abduction of the Wall Street Journal reporter but not for killing him.

Sheikh is a British-born militant thought to have masterminded the conspiracy that lured Pearl with the offer of an interview, then kidnapped and beheaded him.

"The court also overturned the convictions of three other men who had been serving life sentences in the case. All four men were expected to be freed soon, lawyers said," the Times reported of the decision by two judges in the Sindh High Court in Karachi, headed by Justice Mohammad Karim Khan Agha.

The Federalist's John Daniel Davidson wrote, "The ruling is a jarring reminder that for all the evils of nature—Pakistan currently has the highest number of coronavirus cases in South Asia — the evils of man are darker, and know no limits."

The murder took place shortly after radical Muslims commandeered carried out the 9/11 attacks.

Davidson explained that when the planes hit the World Trade Center towers, Pearl was the South Asia Bureau Chief for the Wall Street Journal, working out of Mumbai, India.

"He soon relocated to Karachi, Pakistan, to report on Pakistani militant groups with links to Al Qaeda. Sheikh lured Pearl with the promise of an interview with an Islamic cleric who had connections to Richard C. Reid, the infamous 'shoe-bomber' who was arrested in December 2001 on a flight from Paris to Miami with plastic explosives in his shoes," Davidson wrote.

"His killers made a snuff film of the execution. No one realized it at the time, but it would be among the first of many such jihadi videos in the years to come," Davidson said. "But Pearl’s executioners didn’t just decapitate him. After sawing off his head they hacked the rest of his body into pieces, washed the floor and knelt down to pray. Al-Qaeda later released the video under the title, 'The Slaughter of the Spy-Journalist, the Jew Daniel Pearl.'"

He documented that Khalid Shaikh Mohammed, who masterminded 9/11, later bragged about killing Pearl.

A project of Georgetown University students examined footage and matched the veins on the hand of the killer to Shaikh Mohammed, Davidson noted.

"As for Sheikh, no one seriously believes he was not part of the conspiracy to kill Pearl. If Sheikh didn’t wield the knife himself, he undoubtedly knew what fate awaited Pearl, and handed him over willingly to KSM," Davidson wrote.

"That he has been freed should serve as a warning, and a reminder. The Pearl case was in a way a mini-drama of the entire sweep of radical Islamic terrorism and post-9/11 counterterror operations to come. Like 9/11, it helped awaken the West to historical currents we barely knew were running—jihadism, anti-Semitism, anti-Americanism, all of it captured in what Christopher Hitchens often called 'Islamofascism.'"

He added: "The freeing of his killer this week should be a reminder that this evil will never just go away on its own. It must be torn out, root and branch, wherever it was found."