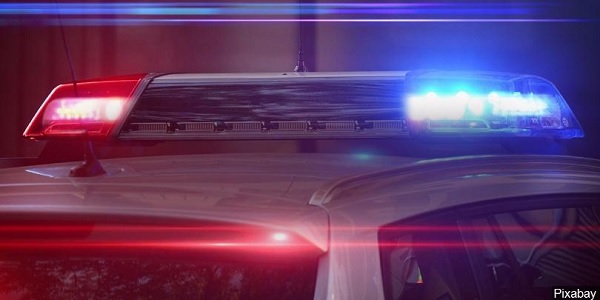 An officer is on duty at a legally organized protest and gets injured when someone loses his cool and throws an object.

So the policeman can sue the organizer, because he should have known something like that was possible, according to a federal appeals court.

The ruling from the 5th U.S. Circuit Court of Appeals has been appealed to the U.S. Supreme Court.

The ruling, contends a friend-of-the-court brief by the Rutherford Institute, is a threat to the First Amendment's speech rights protections.

"Police have mastered the art of the double standard: they don't want to be held accountable for their own misconduct or that of their fellow officers, but they want to throw the book at anyone who peacefully engages in constitutionally protected activities if that person is nearby when a cop gets hurt on the job," said Rutherford Institute President John W. Whitehead, a constitutional attorney.

"This is yet another Machiavellian attempt by the government to prevent Americans from exercising their First Amendment right to peacefully speak truth to power."

The institute's lawyers contends the ruling in Mckesson v. Doe is sure to chill speech rights.

"Incredibly, the lower court reasoned that organizers of a protest should be held responsible for engaging in activity that merely has the potential to involve police or require their presence, thereby exposing them to possible injuries," Rutherford said.

The case arose after a police officer, positioned near a group that was protesting police brutality in front of police headquarters, was hit by a projectile thrown by an unknown individual.

The officer sued event organizer DeRay Mckesson for some $75,000.

But Rutherford argued McKesson engaged "in no acts of violence and did not incite or condone violence by others."

"To ensure the vitality of the First Amendment, the Rutherford Institute urges the court to grant the petition and reverse the Fifth Circuit, reaffirming that protest organizers cannot be sued for third-party actions that cause injuries during a protest unless allegations satisfy the stringent limitations on liability this court requires for crimes like incitement," the brief states.

Protest speech has been central to American democracy, but the ruling would scare people into not speaking or expressing themselves, the brief argues.

The decision "creates vast exposure to civil liability in circumstances that will be present whenever protesters collectively occupy public spaces."

The 2016 protest was prompted by the shooting of 27-year-old Alton Sterling by police officers in Baton Rouge, Louisiana. Sterling was pinned to the ground and shot six times.

The demonstration at the center of the case took place in front of the Baton Route police department.

"One officer was struck and injured by a rock thrown by an unknown protester," Rutherford said. "The injured officer brought a personal injury lawsuit against Mckesson and the 'Black Lives Matter' movement, seeking more than $75,000, claiming they knew or should have known that violence would erupt during the demonstration."

The trial court dismissed the case but the 5th Circuit reinstated the claim.