SILICON VALLEY, Calif. – We are currently living through the first global pandemic of the internet age. Stats.com offers a glimpse.

These are heady times for sure, but we can find solace in the fact that mankind has been here before. Justinian. The Black Death. Nostradamus. Atilla the Hun. Genghis Khan. The post-World War I Spanish Flu. The list could stretch on for many pages.

For example, the 1666 Great Plague of London saw 100,000 perish – about one-fourth of London's population. The world has changed since 1666. Waco, Texas, in juxtaposition, has 138,183 residents in 2020. The global population has doubled from 3.5 billion in 1970 to over 7 billion today. Is our current neo-liberal expansion of the consumer economy based on unlimited growth a sustainable path? The coronavirus pandemic gives us pause to reevaluate our personal, national and global direction.

Those old enough to remember better times might well cite the year 1999 (or perhaps 1945) as our national apex. It was called "The Summer of Corporate Love." The United States was the world's lone hegemon. The stock market was the Alpha and the Omega. The internet had been birthed with a flourish. Russia was down for the count. China had yet to rise. We were told it was "The End of History."

Now consider Dec. 31, A.D. 999. Devout pilgrims feared the world would end at the first millennium. When Pope Sylvester II presided over Midnight Mass, as the bells chimed, the faithful hid on their hands and knees, fearing the wrath of the Almighty. After a spell, they stood up to find scores of dead bodies all around them, fellow worshipers who had died of fright.

In 2020, we cannot afford to misread the lessons of history offered by both 1999 and 999. In 1999, the United States was not as invincible as it appeared to the rest of the world. And in 999, the world was far stronger than the pilgrims in St. Peter's Square could have ever imagined.

From the decade of 990-999, the world was gripped in a mania of religiosity. The book, "The Story of Human Life and Doomsday" by Frederick Martin, explains how people climbed to the tops of mountains to get an eyewitness view of Jesus' return. People fasted. They gave away food. They prayed like never before. They discarded possessions. Pope Sylvester II did not have "How to survive St. Peter's Square on 12.31.999" available for purchase on Amazon. In reality, the discovery of the real Amazon – in Brazil – was almost half a millennium in the future.

Those of us who live in 2020 are far luckier than any other generation in human history. Amazon.com is still delivering. In fact, this writer recently ordered 50 disposable surgical masks for $49.99. Amazon is already featuring the Coronavirus Prevention Handbook. And there's another book on how to make $10,000 per month working at home during the lockdown. Nor has much changed in terms of online banking. In fact, our lives were already dominated by the internet. Consider TheMoneyPig, which enables you to shop for various quotes on insurance, credit cards, mobile phones and other matters relating to postmodern life. 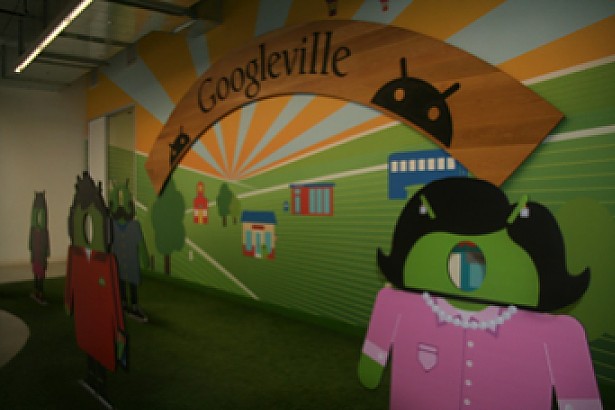 The National Review published a story entitled, "The Internet and Social Media in the Age of Coronavirus."

The article reads, in part:

"The requirements of self-quarantine and social distancing mean we're all interacting with each other electronically – e-mail, texting, Facebook, Twitter, and other social-media networks. But at least we're still interacting. If the coronavirus had popped up in the early 1990s, we would be all stuck talking on landlines to each other – and medical and pharmaceutical technology wouldn't be what it is today."

Indeed, the internet offers us solace during these troubling times. Can you imagine what life would be like without it? Consider the Carrington Event of 1859, during which a Coronal Mass Ejection (CME) hit the Earth, setting telegraph offices on fire and otherwise taking down the internet of that era. They were on the cusp of difficult times. There was the Civil War (1861–1865) and then Reconstruction.

In order to heal the rift between North and South, the Atlantic and the Pacific needed to be connected. Before the Panama Canal, there was the massive undertaking of the Transcontinental Railroad (1863–1869). Men blasted their way through the Sierra Nevada, sleeping in icy caves in an effort to create an engineering miracle that, in a simpler way, rivals the Great Pyramid.

Former Union Gen. Ulysses S. Grant was president between 1869 and 1877. He was a devout Christian who many say drank too much. On June 26, 1869, Grant hosted the first Major League Baseball game. It was the Cincinnati Reds facing the Washington Nationals at the White House, then known as the "President's Mansion." Grant had refused to campaign on white supremacist ideals when that seemed to be the surest way to victory. Even today, the U.S. 50-dollar bill bears his image.

U.S. Grant did not panic when the nation was literally bleeding and dying. One recalls the saying, "If you can keep your head when all others are losing theirs …"

Yes, much has changed because of the coronavirus. There is no Major League spring training. No NHL. No NBA. No NCAA March Madness. If you had set up an altar of materialism, the shelves in the store are empty. Saudi Aramco's IPO has all but failed. NOPEC has emerged on the national security energy agenda. The oil price is bottoming. Shale is under attack.

Furthermore, social media has given way to social distancing. Stanford University is shut down. The entire nation is being homeschooled. The stock market is in flux. Debt is exploding. Paper fiat money is being printed and sent out via electrons on a computer screen, like hotcakes.

We have all witnessed the collapse of the American unipolar moment since 1999. The decline has been both breathtaking and astonishing. Debt. Homeless. Borders. Opium-based drugs. Suicides. Drought. Pollution. The rise of AI. Outsourcing of our jobs and supply chains.

Yet, echoing Ulysses S. Grant, the year 2020 can be seen as a chance to keep our cool, face down daunting challenges and tackle the future. Space travel, mining the moon for Helium-3, microbes that can eat oil spills, and perhaps one day eat the plastic choking the world's oceans, are not only possible, but probable. One of Saturn's moons has all of the fresh water Earth will ever need. The future is waiting for us to embrace it.