America is currently engaged in mortal combat with a three-headed monster.

The first two “heads” are discussed all day, every day, by politicians and the news media: namely, the coronavirus pandemic and the unprecedented mass economic shutdown it has led to.

But the third “head” of the monster threatening America right now goes almost unmentioned. It is what some call the Democrat-Media Complex, the de facto alliance between an increasingly far-left Democratic Party and establishment news media both pathologically obsessed with destroying the elected president of the United States by any means possible – including weaponizing a genuine mega-crisis.

Thus it is that America has arrived at a critical moment when the greatest nation in history is poised either to recover – and to do so with new knowledge, experience and wisdom – or to plunge into unthinkable and unprecedented chaos with no end in sight.

Which way America goes is the entire focus of the new issue of WND’s acclaimed Whistleblower magazine, “THE DAY THE EARTH STOOD STILL: National and spiritual revival in the midst of a pandemic.” 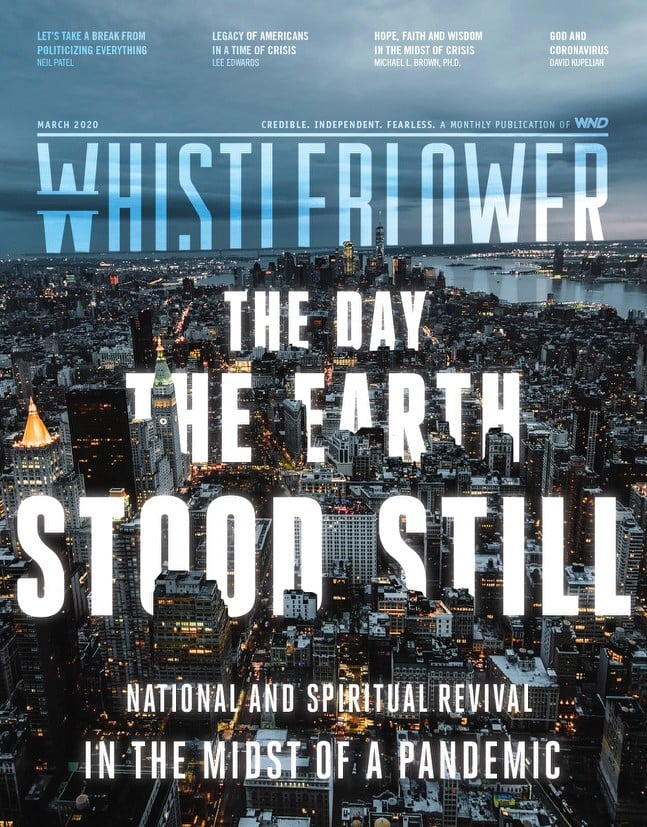 America is in totally uncharted territory. Leaders are attempting to balance radical measures intended to avoid overwhelming the healthcare system and minimize COVID-19 deaths with the absolute need to re-open the economy as soon as possible. This urgency is highlighted by the gargantuan secondary consequences of Depression-era unemployment levels and the forced shuttering of businesses, many never to re-open. From suicide to drug-and-alcohol addiction to crime and child abuse, the historically unprecedented stress of long-term social distancing, isolation, loneliness, joblessness, poverty, fear and extreme anxiety are exacting a heavy toll on Americans.

Unfortunately, all this is made vastly more difficult, not only by political leaders like Nancy Pelosi who callously play with the welfare of pandemic victims for political advantage, but by leftwing governors and mayors who, having experienced the intoxicating rush of exercising totalitarian power, don’t want it to end: You can’t leave your home. You can’t work. You can’t play T-ball with your 6-year-old in an empty park. You can’t go to church. Oh wait, abortion clinics must stay open, and so on. This unprecedented and often irrational denial of citizens’ most basic rights as Americans is predictably giving rise to mass protests across the nation.

So seriously afflicted with Trump Derangement Syndrome is the Democrat-Media Complex that many of its key players are willing – though few will admit it publicly – to see the country plunge into economic depression and all the suffering that comes with it, if it will enable them to defeat Donald Trump this November.

That is what America is dealing with right now – and the physical, mental, emotional, financial and spiritual wellbeing of Americans, not to mention their cherished constitutional freedoms, all hang in the balance.

And yet, as the saying attributed to everyone from Sun Tzu to Albert Einstein goes: “In the midst of every crisis lies great opportunity.”

Thus, says Whistleblower Editor David Kupelian, “many wise voices are pointing to the very real and tangible opportunities, in the midst of today’s crisis, for national renewal and spiritual revival, both individually and for America as a nation.”

He adds: “A society crippled with fear, anxiety, frustration and anger, not to mention massive levels of addiction, depression and suicide, cannot endure very long. Therefore, Whistleblower is dedicating this issue exclusively to voices pointing the way toward the genuine renewal that – with God’s help – could very well be birthed in the cauldron of the mega-crises America is now enduring.”

Highlights of “THE DAY THE EARTH STOOD STILL” include: 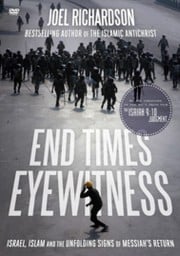 First, you’ll get a copy of the eye-opening film documentary, “End Times Eyewitness: Israel, Islam and the Unfolding Signs of the Messiah's Return.”

Is the return of Jesus closer than you think? What are the most powerful prophetic signs being fulfilled in the earth today? How is the new Middle East after the Arab Spring aligning with the testimony of the biblical prophets? What are the little-known prophetic signs that few are paying attention to?

“End Times Eyewitness” takes you on a firsthand journey into the heart of the biblical world, to the front lines of the ongoing Middle Eastern revolutions, to discover the shocking answer to all of these questions.

Filmed in several nations and featuring the testimonies of global Christian leaders, pastors, theologians and missionaries, “End Times Eyewitness” reveals which biblical prophecies of the last days are being fulfilled in the earth today and what is coming next.

Join New York Times bestselling author Joel Richardson as he interviews: The legendary Old Testament scholar Walter C. Kaiser Jr. Adnan Oktar; a Turkish Muslim leader who talks about the rebuilding of the Jewish Temple with the help of Muslims; Sheikh Ekrima Said Sabri, the son of the late Grand Mufti of Jerusalem who explains Islamic eschatological belief that Jesus will return to lead the Caliphate and require Christians to convert to Islam; Rabbi Yehuda Glick, head of the Temple Mount Heritage Foundation; International House of Prayer director Mike Bickle; and many other Christian leaders from Israel, Egypt, Turkey, Lebanon, Syria, and the United States.

Filmed in the Middle East in the midst of uprisings and revolutionary fervor, “End Times Eyewitness,” produced by WND Films with Joel Richardson, goes farther and deeper into the heart of the conflict than where network news teams dare to venture. The access provided is unprecedented. The footage captured is remarkable. The biblical insights from scholars, reporters, Rabbis and Christian leaders are startling. 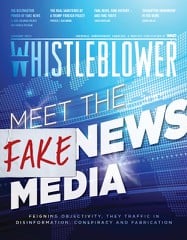 SPECIAL BONUS! In addition, when you subscribe, renew or give a gift Whistleblower subscription today, you’ll also get the Whistleblower special issue titled “MEET THE FAKE NEWS MEDIA: Feigning objectivity, they traffic in disinformation, conspiracy and fabrication.”

Remember these media mega-hoaxes? Long before “Trump-Russia collusion” dominated the airwaves, we heard the Benghazi 9/11 attack that killed four brave Americans was caused by a YouTube video. We heard that Michael Brown had his hands up and shouted "Don't shoot" before Ferguson cop Darren Wilson shot him. We heard that “man-caused global warming” is settled science. We heard that Bruce Jenner is a woman. On and on it goes, year after year.

Much of what the "mainstream media" report today as news is either misleading or flat-out false. Yet, ironically, America's elite journalists are up in arms over a supposedly new threat they ironically call "fake news."

Subtitled, "Feigning objectivity, they traffic in disinformation, conspiracy and fabrication," the issue demonstrates conclusively who's the real source of most fake news in today's America.

"A journalist's job," notes veteran newsman and Whistleblower Editor David Kupelian, "is to be a professional truth-teller, but that begs the ultimate question: What is truth?"

Noting that "traditionally minded Americans, conservatives, evangelical Christians and countless others see truth one way," Kupelian explains that "those on 'the left' -- code for a worldview of churning rebellion against the Judeo-Christian, capitalist, Constitution-honoring ways of previous generations of Americans -- have their own very different notions of truth. And that includes most of today's establishment press."

However, the primary role of a free press in a free country has always been to serve as a vigilant watchdog on government and other powerful institutions and people, lest they abuse that power.

Unfortunately, in recent decades, America's establishment press has devolved from simply manifesting a strong liberal bias, to acting as cheerleaders for big government, to openly advocating destructive and perverse leftwing causes, to secretly and unethically colluding with the Democratic Party, to – most recently – obsessively attacking those who dare report the news truthfully!

As "MEET THE FAKE NEWS MEDIA" proves, what was once "liberal media bias" has metastasized into nothing less than a war on truth.

If you prefer, you may order a single copy of the March 2020 issue, “THE DAY THE EARTH STOOD STILL.” Or GET THE DIGITAL VERSION HERE!