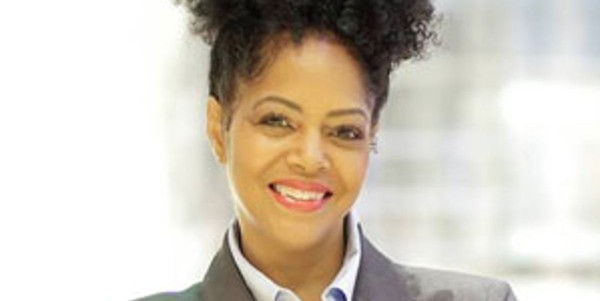 While a Democratic lawmaker in Ohio wants to charge President Trump with "crimes against humanity" for promoting an antimalarial drug to treat the coronavirus, a Michigan Democrat who says that treatment saved her life has nothing but praise for the president.

In less than two hours she began feeling better, she said.

"It has a lot to do with the president ... bringing it up," Whitsett told the Detroit Free Press on Monday. "He is the only person who has the power to make it a priority."

A reporter asked the lawmaker if she believes Trump saved her life.

Trump, who frequently has touted the drug's anecdotal success around the world, fast-tracked the FDA's approval for emergency use of hydroxychloroquine to treat coronavirus patients in hospitals while clinical trials are underway. 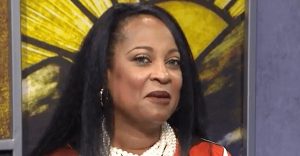 "I can't take it anymore," she wrote. "I've been to The Hague. I'm making a referral for crimes against humanity tomorrow.

"Today's press conference was the last straw. I know the need for a prosecution referral when I see one."

Doctors have reported remarkable success treating seriously ill coronavirus patients with hydroxychloroquine, the antibiotic azithromycin and, in some cases, zinc.

"Every patient I've prescribed it to has been very, very ill and within eight to 12 hours they were basically symptom free," he said in an interview with KABC-TV in Los Angeles.

Cardillo said his results mirror studies around the world, including one in France.

PROMISING NEWS!
We asked a local doctor about Hydroxychloroquine, the malaria drug President Trump has been pushing. He says he has prescribed it along with Zinc to severely ill Covid-19 patients and says they are SYMPTOM FREE in 8-12 hours.
WATCH: https://t.co/tufXbgi21T@ABC7

A poll of 6,200 physicians in 30 countries published last week found hydroxychloroquine is the best drug available to treat COVID-19, the disease caused by the coronavirus.

"I think this is the beginning of the end of the pandemic," he said in an interview with Fox News host Laura Ingraham. "I'm very serious."

As WND reported March 25, a physician who works in New York City hospitals has found nearly 100% success treating COVID-19 patients with a combination of hydroxychloroquine, azithromycin and zinc sulfate.

One week ago, the FDA authorized "emergency use" of hydroxychloroquine to treat COVID-19 patients in hospitals and in clinical trials.treat the coronavirus

Days before the FDA approval, the governments of Italy and France approved the use of hydroxychloroquine and azithromycin as a last resort based on a limited study by Dr. Didier Raoult, a professor of infectious diseases in Marseille. In the U.K., doctors have been instructed not to use it for COVID-19, although it has treated autoimmune diseases such as lupus and rheumatoid arthritis since the 1940s. However, clinical trials are underway.

At his daily briefing Monday, Democratic New York Gov. Andrew Cuomo was asked about the hydroxychloroquine clinical trials in his state.

He said it's too soon for any scientific-based results, but "anecdotally it's been positive."

The governor said the federal government has promised to increase the supply of hydroxychloroquine to New York.

On CNN's "News Day" Monday, Peter Navarro, Trump's trade and manufacturing adviser, confirmed media accounts of a clash Saturday with Dr. Anthony Fauci over the efficacy of hydroxychloroquine during a meeting of the White House coronavirus task force, Politico reported. 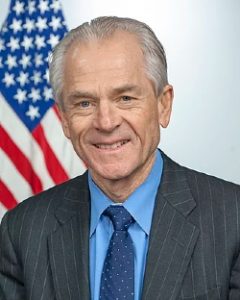 "There was that discussion on Saturday, and if we didn’t have disagreement and debate in the Trump administration, this administration would not be as strong as it is,” Navarro said.

Fauci has been cautious about using treating the coronavirus with hydroxychloroquine, which has been prescribed for malaria and autoimmune diseases such as rheumatoid arthritis for decades.

"The data are really just, at best, suggestive," Fauci told CBS' "Face the Nation" on Sunday. "There have been cases that show there may be an effect, and there are others to show there's no effect. So I think, in terms of science, I don't think we could definitively say it works."

Navarro said he would let Fauci "speak for himself."

He added, however, "I would have two words for you: second opinion."

"Doctors disagree all the time," he said.

Navarro has no medical experience but insisted he's qualified to weigh in on the subject.

"My qualifications, in terms of looking at the science, is that I'm a social scientist. I have a Ph.D.," he said. "And I understand how to read statistical studies, whether it's in medicine, the law, economics or whatever."

'I'm trying to save lives'

At the White House briefing Sunday night, CNN's Jeremy Diamond reflected the animus by some Democrats and media members toward Trump's expressions of hope that hydroxychloroquine can effectively treat COVID-19.

Diamond asked Trump why he keeps "promoting" the drug instead of allowing the clinical trials to finish and letting "the science speak for itself."

"Look, you know what I'm trying to do," Trump said, as Diamond tried to speak over him. "I'm trying to save lives."

Diamond interjected: "You come out here every day talking about the benefits of hydroxychloroquine."

"I want them to try it, and it may work and it may not work," Trump said. "But if it doesn't work, it's nothing lost by doing it. Nothing."

But the objective is to save lives, the president emphasized.

"I don't want it to be in a lab for the next year and a half as people are dying all over the place."

Trump: “I want to save lives. I don't want it to be in a lab for the next year and a half as people are dying all over the place... only CNN would ask that question. Fake News.” pic.twitter.com/41nQfPMHFZ